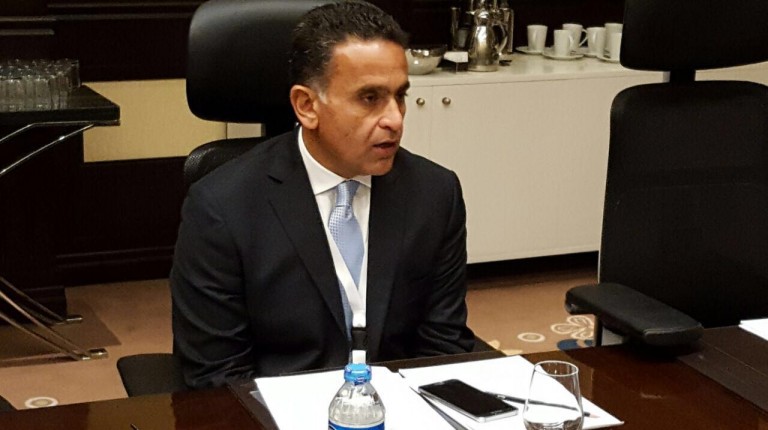 Managing Director of SODIC Maged Sherif said that 36% of Egypt’s lands are only affordable, although the demand is very high, noting that 70% of the population are youth.

“Real estate is a fundamental industry although the challenging time,” said Sherif. “The government is demanded to assist developers to do business through providing lands with affordable prices.”

He noted that Egypt is shifting from critical times to economic development.

Sherif pointed out that, due to this challenging time, companies and developers had to provide some facilities to clients, such as reducing down payments and expanding installment periods.

He added that the government is still involved in the sector’s development.

He announced that the construction prices increased by 35-40% after the devaluation of the pound. However, the Egyptian real estate market is still going forward with opportunities for local and foreign investors.

He demanded for some reforms to meet the market demand.

Chairperson and Chief Executive Officer of Rooya Group Hesham Shoukri said that one of the most important challenges in the sector is pricing hikes in construction materials due to the flotation of the pound.

From his part, Ayman Ismail, founding chairperson and board advisor of the New Administrative Capital Company pointed out that the supply of real estate units in only 6 months is equal to the supply in the previous 10 years.

Ismail noted that the government has to push lands to overcome the shrinking prices.

He added that there are also some issues related to laws related to the real estate sector and calling on the government to reconsider these laws.

Hassan Hussein, chairperson and managing director of El Taamir Mortgage Finance Co–Aloula said that banking institutions need to provide more funding to be pumped in the sector, because there are different companies that invest in the sector and need financing for their activities.

He added that within the last 10 years the market witnessed a great development, which requires more mortgage and more private equity funding, calling the government to amend and review the mortgage law.

Hussein pointed out that the available mortgage fund in the coming sector is estimated at EGP 6bn, although the needed amount is about EGP 60bn, and the factoring in the system value is about EGP 6bn to EGP 7bn.