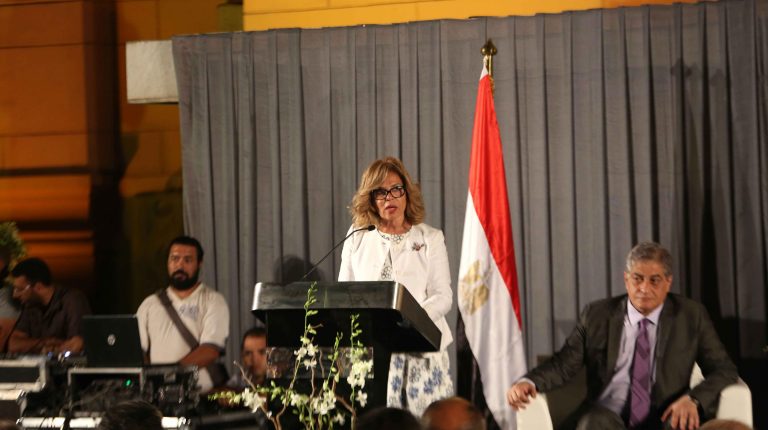 During his meeting with her, Ismail pointed to her political and diplomatic experiences consistent with the organisation’s work, in addition to having a comprehensive vision about means of developing the performance of the organisation in the near future.

During the meeting, she briefed Ismail on the results of her tours and meetings with foreign officials.

Mushira Khattab is an Egyptian diplomat, was the Minister of Health and Population in 2011, and was the secretary-general of the National Council for Motherhood and Childhood in 1999. She was also the first Egyptian ambassador to South Africa from 1995 to 1999.