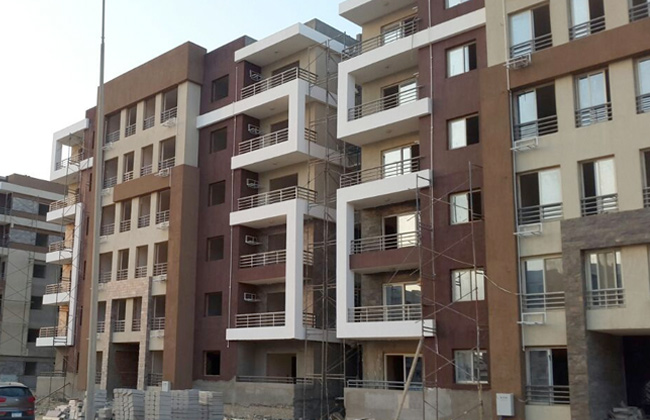 The General Authority for Investment and Free Zones (GAFI) plans to launch the country’s investment map before the end of this year.

CEO of GAFI Mona Zobaa said that the authority has started to collect the ready investment opportunities in each governorate and government agency to include them in the investment map of the country; however, the final number of opportunities has not been identified yet.

“We have monitored a huge number of investment opportunities, but those ready for launch are slightly more than 600 projects,” said Zobaa.

She added that the authority aims to present ready investment opportunities with their necessary environmental and industrial approvals, so it reviews all opportunities to ensure a smooth launching without any obstacles.

Zobaa pointed out that GAFI coordinates with all governorates to identify their investment elements and opportunities. In other words, the sunniest governorates will be considered as attractive regions to new and renewable energy investments.

“Egypt lives in the fourth generation of investment and focuses on integrated development projects that provide basic infrastructure, and this is the objective of the investment map,” according to Zobaa.

She added that the authority plans to promote the investment opportunities of each governorate in a number of international markets to attract investors as soon as possible.

She further added that GAFI will set in the next period clear criteria and controls to compare between the offers, especially if a single project received more than one offer.

Zobaa stressed that the government carried out unprecedented economic reforms to adjust the business climate.

“We have received many inquiries from foreign companies to invest in Egypt, but all of them were subject to the issuance of the investment law, and we prepare ourselves to receive the offers after the issuance of the law and its executive regulation,” said Zobaa.

She noted that GAFI expects foreign direct investments from China and Japan in the coming period, especially as both countries will send two investors’ delegations this week to Egypt to discuss opportunities in the local market.

The Ministry of Investment has granted investment incentives and major facilities to companies in the new Investment Law, Zobaa said, adding that GAFI has recently translated the law into four languages ​​and is being translated into other languages ​​to help different investors.

President Abdel Fattah Al-Sisi ratified the investment law last June, while the law’s executive regulations are due to be issued within a maximum of two weeks after being reviewed by the State Council.

GAFI implements a multiple-axes plan to stimulate domestic and foreign investment. The most important of these axes are the expansion in investment, technological and free zones (general and private), the amendment of investment legislation, automation of the establishment procedures of companies, and the activation of the investor services centre, which carries out the single-window procedures.

Zobaa said that the authority has recently offered three investment zones in Giza, Daqahlia, and Qaliubiah to industrial development companies, with plans to offer a new area in Kafr El Sheikh.

GAFI has received two offers from Badr Misr for Industrial Development Company and Ayadi Company for Development and Investment to implement three investment zones that were launched on 29 April in Al-Saff, Mit Ghamr, and Benha cities. The planned projects are limited to food, aluminum and refractory industries, and will be established based on rent and usufruct systems.

Zobaa said that GAFI has not made its decisions in regard to the presented offers from the two aforementioned companies. “We have only two offers but it does not mean that the authority is obliged to approve either of them, and the allocation will be approved according to the offer,” said Zobaa.

She added that the government is interested in implementing the largest number of investment areas, being a facilitated system for investors with several investment incentives.

She pointed out that the Ministry of Investment has shown interest in the private free zone system and it has strongly sought to return it after it was revoked by Law No. 17 for 2015 that regulates investment incentives.

“We have recently received investment requests from local and international companies for the establishment of special free zones, but they are still under study,” she said.

The new law stipulates the return of the private free zone system upon the related minister’s request to the Cabinet, provided that the new projects will be limited to one or more projects of similar activities according to the nature of the projects.

The private free zones include 209 projects with capital of more than $5bn and investments of $11.3bn. They account for 9.4% of non-petroleum Egyptian exports, according to GAFI.

Zobaa said that the Ministry of Investment seeks to establish a public free zone in each governorate to meet the increasing demands for investment.

She noted that the Ministry of Investment works on increasing the land offerings and suggested companies.

Zobaa said that GAFI has offered 900 plots of land since March 2015, and it looks forward to increasing its offerings in the coming months in cooperation with government agencies and governorates.

She added that the investment law granted the right of land allocation to the authorities owning these lands in cooperation with GAFI that has the right in choosing the suitable investment offers and granting the final approval.

GAFI is responsible for organising the land offerings to ensure equal opportunities, and also sends representatives in the decision-making and allocation committees.

The authority has recently activated the electronic establishment of companies at the Investors Services Centre to facilitate the procedures of establishing companies.

GAFI has established 15,200 new companies during the last fiscal year, compared to 12,084 companies in the fiscal year before last, an increase of 26%.

Zobaa said that the increase in the number of companies reflects the growing confidence of investors in the local market.

She expected that Egypt’s ranking in the World Bank’s “Ease of Doing Business” report will witness an improvement in the coming period, especially after the major reforms conducted by the government and the CBE. These measures included the flotation of the pound, applying the value-added tax (VAT) and movable guarantees. Egypt rose nine places in the Doing Businesses for 2017, released in October 2016, to be placed 122nd out of 190 countries.