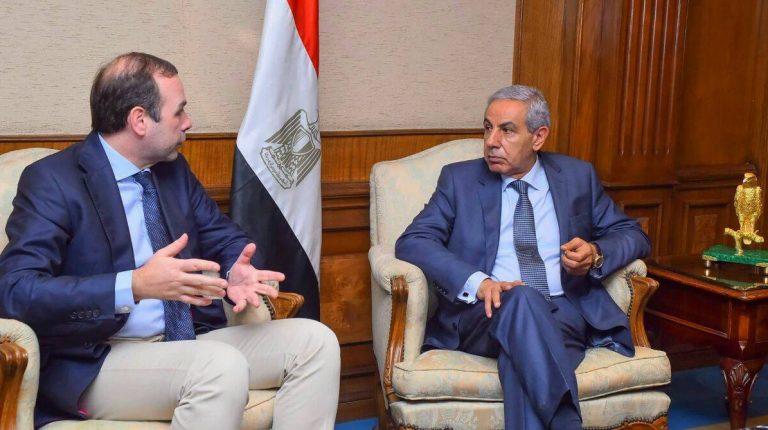 Minister of Trade and Industry Tarik Kabil met with Markus Thill, president of Bosch Africa region, the company which operates in the electrical appliance and auto parts industries. During the meeting, they reviewed the company’s current projects in Egypt and discussed a number of future projects, which the company intends to implement the Egyptian market.

Bosch is evaluating the establishment of a number of new industrial projects in Egypt in different industrial sectors in order to meet the needs of the local market, in addition to exporting these products to neighbouring markets, especially in Africa, according to the press statement released on Wednesday.

Moreover, the company is looking to work in the Egyptian market as it can serve as an important trading and logistical hub in the Middle East region and Africa said Kabil. He added that Bosch is intent to take advantage of the trade agreements between Egypt and various countries and economic blocs, especially the COMESA, allowing Bosch’s products to enter these countries without paying customs duties.

Bosch attaches great importance to the Egyptian market, as one of the most promising markets in Africa, said Thill. He stressed the company’s determination to increase its investments in the near future through weighing local manufacturing opportunities that will serve both the Egyptian market and the African market in general.

Thill explained that Bosch is a global technology and services supplier that works in the fields of automotive parts, mobility solutions, energy, construction, and industrial technologies, in addition to security systems.