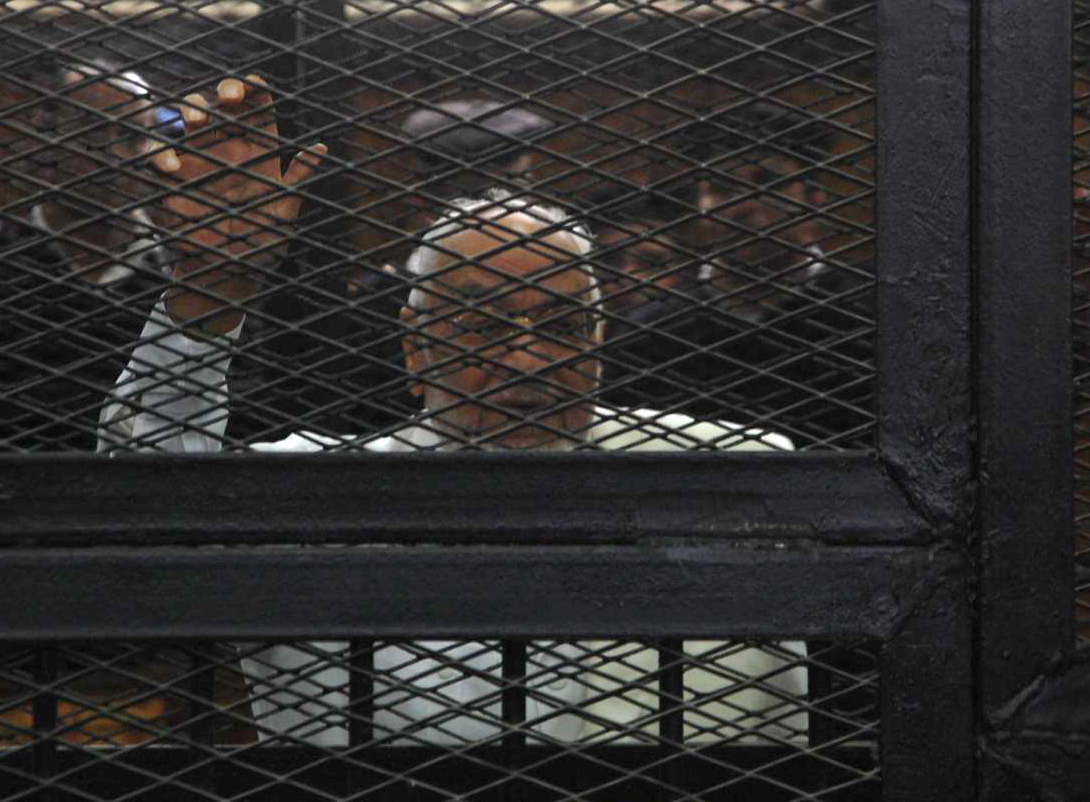 Former head of the Muslim Brotherhood group Mahdi Akef has died on Friday at the age of 89. State-owned media quoted a statement from the Ministry of Interior on Saturday saying Akef died in Al-Qasr Al-Aini Hospital due to suffering a drop in blood circulation.

Akef was serving a 25-year prison sentence on accusations of making violence and attempts of murder. He was involved in the clashes that took place between members of the Muslim Brotherhood and opponents outside the Guidance Bureau, the brotherhood’s headquarters in Mokattam in Cairo before 30 June 2013.

In January, he was admitted to Al-Qasr Al-Aini Hospital upon his family’s request. Local NGOs had pointed out the deterioration of his health condition.

He was sent to the Torah Prison hospital in 2015 to receive medical treatment.

Akef was placed on a terrorist list alongside other Brotherhood figures.

The Egyptian government has labeled the Muslim Brotherhood group as terrorist group and banned its activities.

Morsi and 25 others referred to court for insulting judiciary