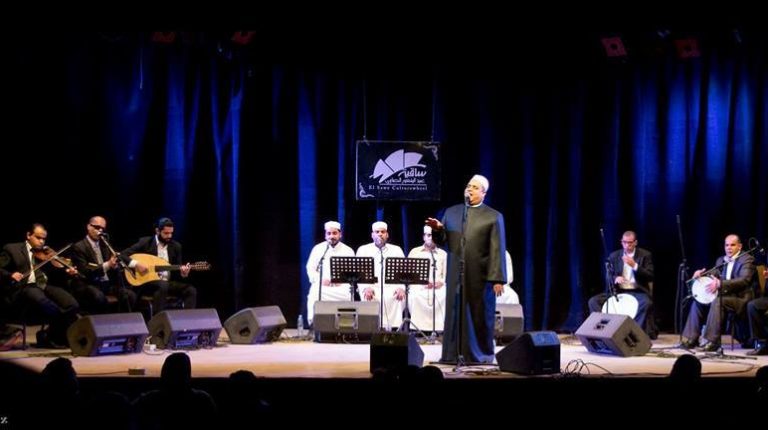 An Azhar cleric has made a public apology on his Facebook account after facing public pressure and penalisation by the Ministry of Endowment over singing a love song on TV.

Sheikh Ihab Younis said in his post that he was suspended from preaching or leading prayers after being interrogated. After performing an old song by the renowned Um Kolthoum during a TV show, Younis apologised, saying he “should have respected the uniform he was wearing.”

“It’s because I sang Um Kolthoum’s song while wearing my uniform,” Younis commented to Daily News Egypt on Sunday. “If I wasn’t wearing it, it would have been okay, I suppose,” he added.

But Younis, a well-known Islamic singer of Sufi inshad, has often given public performances in his uniform, consisting of a thobe and a head cover called “eama.”

A member of the Religious Songs Union, Younis’ description posted on his Facebook account says he has cared been interested in religious singing since he was a child and was influenced by other religious singers. He established his own band in 2007, won the first prize of an Arab Music Award in 2009, and continued to work in the field through training and judging.

Younis has held several Sufi musical concerts where he performed his “inshad.”

On Friday, the Ministry of Endowment said Younis was under investigation by prosecution authorities about inappropriate behaviour, considering the nature of his work and the requirements of his duty.

Confirming his suspension from, the ministry’s statement read: “There is no way for someone who doesn’t respect his position to take the minbar.”

It remains unclear what the sheikh or the ministry considered “disrespectful behaviour.” It is believed to be his performance of a non-religious song while in his uniform, for which he received both criticism and support from his fans on social media.