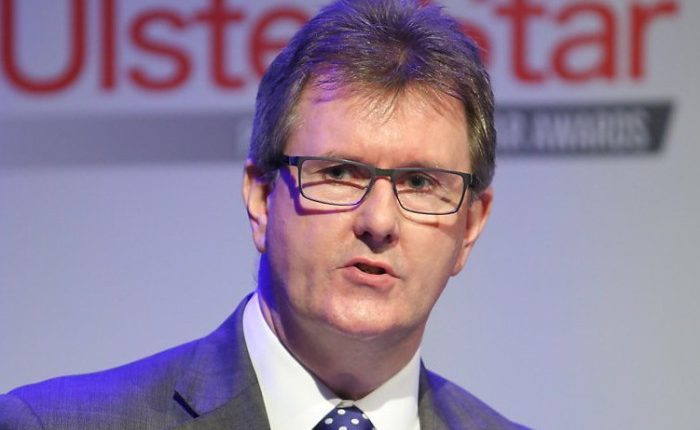 The UK trade envoy, Sir Jeffrey Donaldson, arrived to Cairo Saturday in a five-day visit, heading a delegation of various major British companies’ representatives, with the aim of exploring new investment opportunities in Egypt, according to the British embassy in Cairo.

The visit aims at enhancing the trade cooperation between both countries in the key sectors of infrastructure, agriculture, healthcare, and defence. The delegation consists of 14 companies, including Rolls Royce and Bombardier and the London International Patient Services, most of which have not operated in Egypt before.

They are scheduled to meet with high-level Egyptian officials, including Prime Minister Sherif Ismail and Suez Economic Zone (SCZone) Head Mohab Mamish, as well as the ministers of investment, housing, industry, transport, and petroleum. The British delegation is also expected to visit the New Administrative Capital and meet with the project’s chairperson Ayman Ismail.

Donaldson’s visit comes after Moody’s, one of the UK’s top ratings agencies, downgraded the country to an Aa2 from an Aa1 rating this week. It comes as a result of Brexit, a move that will likely hurt the country’s economy in the medium term, Moody’s said.

Egypt’s credit profile was stabilised at B3, reflecting the country’s large and diversified economy and its strong reform momentum. Moody’s estimates that Egypt’s general government primary deficit has been cut to 1.8% of GDP in the fiscal year (FY) of 2017, which ended on 30 June, from 3.7% the year before and will start to show small surpluses from 2019.

On the other hand, Egypt expects another visit by a large delegation of major US companies next month to discuss injecting new investments in Egypt in light of the new opportunities being announced.

The Ministry of Investment and International Cooperation began arranging the visit after President Abdel Fattah Al-Sisi met with representatives of a group of major American companies in New York on the sidelines of the 72nd session of the United Nations General Assembly (UNGA 72).

The US delegation would include companies operating in the fields of infrastructure, energy, health care, tourism, food industries, technology, engineering, ICT, and several international investment funds.

Meanwhile, the Egyptian-US Business Council will meet with a delegation of US companies in November to discuss increasing investments in Egypt. In addition, the American Chamber of Commerce will organize an investment forum in Egypt for US investors next year.

As part of its plan to improve the investment environment, Egypt has been implementing an economic reform programme to reduce budget deficits and streamline investment laws. Last November saw the main step of the country’s economic reform when the Central Bank of Egypt (CBE) floated the Egyptian pound to push its value closer to its real market level.