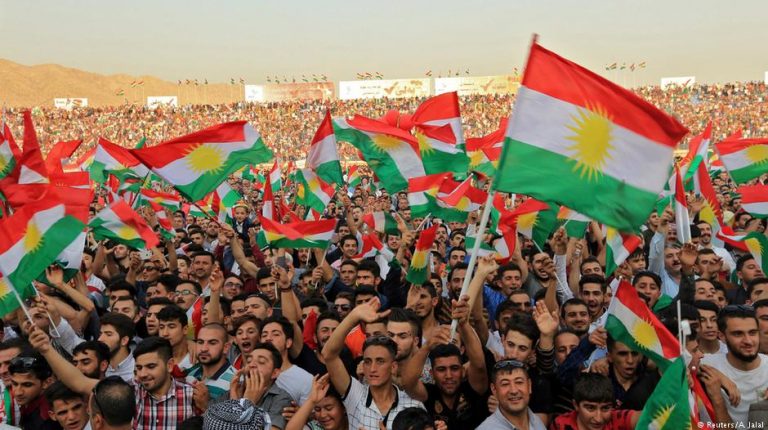 Egypt said Tuesday that it considers Kurdistan’s independence referendum as a step hindering efforts for confronting terrorism, adding that it was concerned by the “negative implications” it could have.

In a statement issued by the Ministry of Foreign Affairs, Egypt called on parties to practice “self-control” and not to take unilateral measures that might complicate the situation and destabilise Iraq, asserting the necessity of dialogue to reach a comprehensive settlement between Baghdad and Erbil, stressing the importance of keeping the integrity of Iraq.

Kurdistan’s Monday independence referendum was the focus of international media, amid high turnout. Results are expected to be announced within 72 hours, according to press statements on Tuesday by Shirwan Zirar, spokesperson of the Kurdistan Region’s Independent High Elections and Referendum Commission.

In a press conference, Zirar said that the turnout for the independence referendum on Monday was 72.16%, Kurdish media reported. Nearly half a million voters were from disputed territories, out of a total of about 4.5m voters.

Both Reuters and The Financial Times highlighted Kurdish “defiance” to neighbouring countries’ threats. “Without international support and recognition, Kurdistan will not be able to declare independence in the near future,” the Times stated on Monday.

The Business Insider said that following the Monday’s referendum, oil prices jumped to their highest point in more than two years.

But a number of media focused on the scene of the Israeli flag among voters.

The Washington Post focused on the photo of the Israeli flags as a “common sight in the Kurdish regional capital, Erbil.”

The newspaper said that some Kurds flew Israeli flags on their cars, while others waved them enthusiastically at massive rallies ahead of the referendum.

According to the newspaper, “The referendum has shined a new spotlight on the relationship [between Israel and Kurds].”

Turkish newspapers also made headlines about the raised Israeli flags, such as the Daily Sabah, which titled its story “Kurdish residents in Erbil celebrate KRG referendum waving Israeli flags”. It also underlined the Turkish-Iraqi military drills on the borders between the two neighbouring countries.

The prominent Turkish newspaper Yeni Şafak highlighted an alleged plan between President of Kurdistan Masoud Barzani and Israel to repatriate hundreds of thousands of Jews to the region.

The alleged plan includes settling the oil-rich Kirkuk as a capital for the new Kurdish state, a joint army with the Turkish-Kurdistan Workers Party (PKK), which is classified as terror group in Turkey, and deporting Turks and Arabs, according to the Yeni Şafak.

Moreover, the Iranian state news agency FARS highlighted the statement of the Kurdish Bashmarka leader, Sirwan Barzani, who praised the Israeli government for its support.

The US Department of State said on Monday that it was “deeply disappointed” by the Kurdistan Regional Government for going through with the referendum, including in disputed areas, adding that it was “non-binding” and that it would “increase instability and hardship for the Kurdistan region and its people.” The statement called on all sides to engage constructively in dialogue and refuted “violence and unilateral moves by any party to alter boundaries.”

UN Secretary-General Antonio Guterres expressed his regret that the Kurds have gone ahead with the referendum unilaterally, and it included the disputed areas.

Following the referendum, Iraqi Prime Minister Haider Al-Abadi said in a televised speech that his government will not hold talks with the Kurdistan Regional Government (KRG) about the results of the “unconstitutional” referendum on independence in “northern Iraq”.

Al-Abadi said that most of the problems of the [Kurdish] region are internal ones, not with Baghdad, and he expected these problems to be increased with the calls for separation.

The neighbouring countries of the Kurdistan region—Iraq, Turkey, Iran, and Syria—have expressed their rejection of the referendum. Turkey threatened to take military action against the region and to close oil pipelines.

In light of escalating regional and international pressures on the region, Barzani said that a majority of votes in favour of the referendum will not lead to an automatic and immediate independence of the Kurdistan Region.