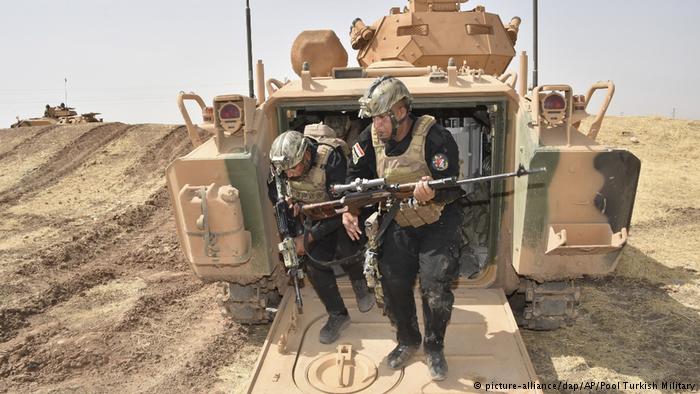 EgyptAir company announced Wednesday, suspending its flights to Erbil [the capital city of Iraqi Kurdistan Region] since Friday, following receiving notice from the Iraqi General Establishment of Civil Aviation to suspend flights, as a response of the Monday independence referendum.

Following the referendum, Egypt has expressed its concerns towards the outcome, calling upon all parties to engage in political discussions, while stressing the importance of Iraqi integrity

In a new escalation following the Kurdistan independence referendum, During a session in the Iraqi Parliament, Iraqi Prime Minister Haider Al-Abadi said on Wednesday, that the federal government will control over Iraqi Kurdistan as well as all Iraqi regions.

Al-Abadi added that all Iraqi citizens are partners and no one has the right to take unilateral; decision, warning that the return to the racial and nationalist rhetoric is a crime against citizens, asserting that Kurdish people [in Iraqi Kurdistan] are Iraqi nationals and will remain.

On Tuesday, Al-Abadi gave the Kurdistan Regional Government (KRG) 72 hours until 3:00pm local time (12:00 GMT) on Friday to hand over control of its airports to the federal government.

In a televised speech, Al-Abadi threatened to impose and air embargo on KRG if not follow the federal orders. Also, Al-Abadi announced halting direct air flights to Erbil and Sulaymaniyah Kurdish airports. The new Iraqi measures come as a response on the outcome of the Iraqi Kurdistan Monday independence referendum.

In an additional step, Al-Abadi announced that the federal government will control all crossing borders in Iraqi Kurdistan.

There are main five crossing borders in Iraqi Kurdistan, two with Turkey and three with Iran.

On Tuesday, President of Iraqi Kurdistan Region (KRG) Massoud Barzani announced Tuesday that Iraqi Kurds had voted “yes” to independence in the Monday referendum, calling on the federal government in Baghdad for dialogue.

“We might face struggles, but we will win,” Barzani said in a televised speech. He also called on the international powers to “respect the will of millions” who had voted in the referendum.

Barzani argued that the federal government did not commit to the Iraqi constitution and broke its promises. He stressed that KGR’s choice is peace with Baghdad and neighbouring countries.

Allawi believes that the new measures in airports will be for administration only not to punish the Iraqi Kurdish people, same in the case of oil fields and border crossings, as well as spreading federal military and security forces in the disputed areas to impose law and to keep the civic peace.

“The military action is excluded till now,” expects that some escalations might happen following implementing the federal measures.

The expert believes that the tune of the KRG started to change and requested dialogue, but the federal government is clear in this regard, no talks until the KRG cancels the Monday referendum results.

“It would not be in its [KRG] favour if it decided to escalate,” Allawi added.

Regarding the neighbouring countries that expressed anger about the referendum, Allawi said that limits of intervening [from Turkey and Iran] will be coordinated with Baghdad, and Baghdad is very cautious about the national security and safety of Iraqi people including Iraqi Kurdish.

In Ankara, the Turkish president Recep Tayyip Erdoğan described holding the referendum as a betrayal which would lead the region to “war”. Erdoğan warned of taking sanctions against the KRG, including the military option.