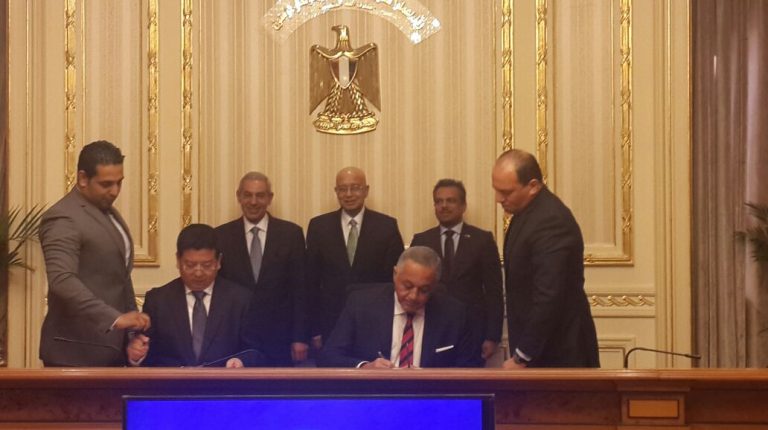 The union honoured President Abdel Fattah Al-Sisi for his efforts in supporting and empowering women. Minister Nasr received the honorary on his behalf.

Nasr said that Egypt has achieved a lot in the economic reform programs, including social safety nets that have greatly alleviated the pressure on the most needy groups. She added that the program of social housing and the delivery of gas to the homes and the development of slums programs eased the sufferings of these groups.

Nasr pointed out that the reform measures implemented by the government have started to reap some benefits as real economic growth has achieved a 4.2% growth in the fiscal year 2017/2017.

The Arab Women Investors Union announced its intention to pump EGP 1.7bn in new joint investments in Egypt. Nasr invited the Union to pump more investments and to participate in the conference “Investing for Sustainable Development – Africa 2017.”This conference will be held under the auspices of the President during the period from 7 to 9 December 2017. The conference is organized by the Ministry of Investment and International Cooperation and the COMESA Regional Investment Agency in Sharm El Sheikh.