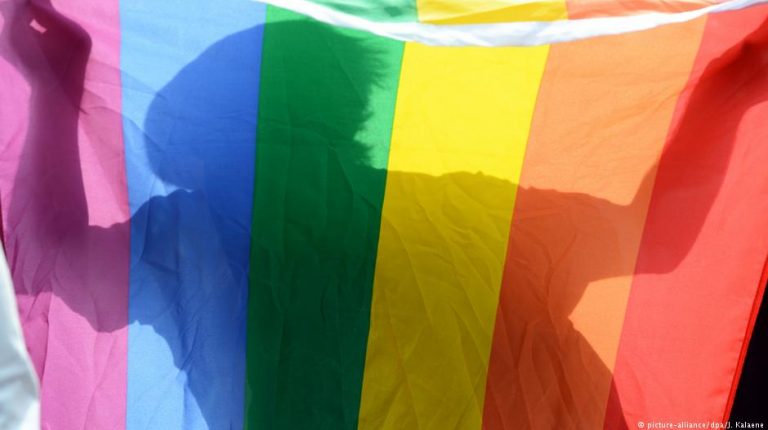 The Dokki Misdemeanor Court sentenced on Sunday two men to prison sentences for allegedly participating in homosexual acts after being charged of a “prostitution and debauchery” case, according to state media and activists.

The two men were sentenced in two separate cases. One of them, according to the investigations which was published by pro-state media outlets, was lured into a meeting by undercover police officers through a dating application. He was sentenced to three years in prison and will be under probation for another three years.

The reports say that the other defendant was sentenced into two years imprisonment, and will be under probation for two years.

On 28 September, the same court sentenced a student to six years imprisonment and an EGP 300 fine, for allegedly “practising debauchery”.

On Sunday, 15 defendants accused of committing “acts of debauchery” stood trial in front of a Misdemeanor Court, according to activists. Their trial was postponed to 29 October.

According to activists, in the early hours of Monday, three individuals, two men and a woman, were arrested with the aim to be interrogated about their involvement in raising the GBT [lesbian, gay, bisexual, and transgender] pride flag in a concert by Lebanese Rock band Mashrou’ Leila. The exact charges are not clear yet. The ministry of interior was approached to get a hold on the exact accusations, but a representative declined to comment.

Meanwhile seven people were reportedly detained by the seven people arrested last Monday for raising the rainbow and interrogated by the High State Security prosecution.

Egyptian law does not directly forbid homosexuality, but arrests have taken place citing charges of “violating the teachings of religion and public morals”.

On Saturday, in an escalatory step, Head of Supreme Council for Media Regulation Makram Mohamed Ahmed issued a decree ordering media outlets to ban the appearance of homosexuals as well as their slogans.

The council said in a statement on Saturday that homosexuality is an illness and a shame that is better covered than promoting it, till it is treated.” It added that the aim of broadcasting symbols of homosexuality is ruin the society.

In what seems to be a beginning of a campaign against homosexuals, Al-Azhar deputy Abbas Shuman said on his social media account that Al-Azhar will direct its preachers to “counter flawed calls which is propagated by outsiders.” The statement added that Al-Azhar will order the preachers to dedicate the Friday sermon in the coming month to discuss such issues.