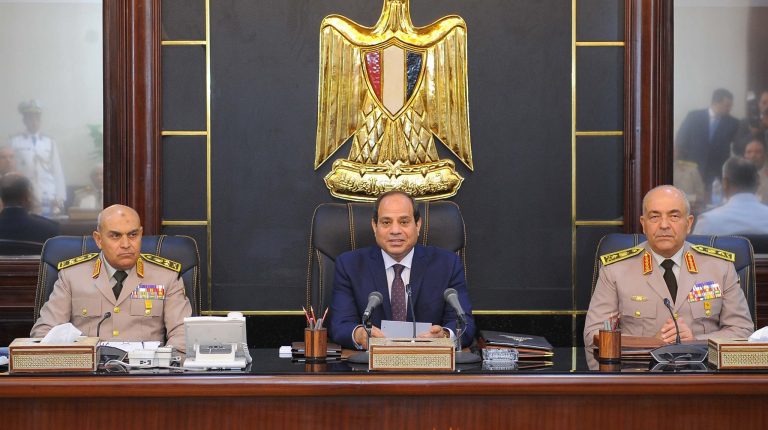 President Abdel Fattah Al-Sisi met with the armed forces on Wednesday as part of the celebrations of the victory of 6th of October War of 1973.

Prior to the meeting, the president visited the tombs of the Unknown Soldier and former presidents Anwar Sadat and Gamal Abdel Nasser.

Minister of Defence Sedki Sobhi and the Minister of Military Production Mahmoud Hegazi accompanied the president.