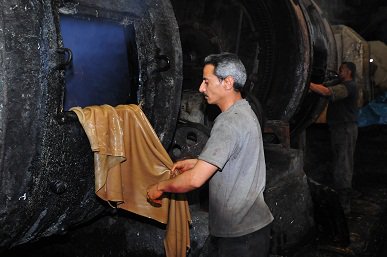 Minister of Trade and Industry Tarej Kabil announced offering the first batch of plots of land in the second phase of the Rubeiki leather city project with a total area of 85,000 sqm dedicated to the activities of tanning and leather industries.

The new offering represents about 30% of the total area of the second phase, which is estimated at 280,000 sqm.

The minister said that the process of connecting utilities for the second phase of the project, which began in January, is being completed and will be finished by the end of March 2018.

Kabil pointed out that the construction work of the service area, which includes shops, restaurants and health center in addition to the police station and the fire brigade unit has been completed, as well as completion of the construction of concrete bases of facilities.