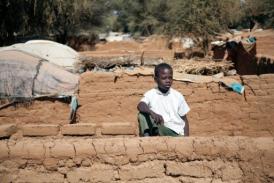 Egypt welcomed Saturday the US decision to lift some economic sanctions imposed on Sudan since 1997, Ministry of Foreign Affairs Spokesperson Ahmed Abou Zaid said in a statement.

Abou Zaid added that the decision helps supporting stability and development in Sudan and is consistent with Egypt’s position, which demands lifting the sanctions.

On Friday, the US department of state announced its decision to lift some of its long-standing economic and trade sanctions imposed on Sudan since 1997.

The Arab League welcomed the US decision, which will be implemented on 12 October, saying in a statement that this “comes in light of the positive measures taken by the Sudanese government to keep peace in conflict zones in Sudan.”

“The decision meets [our] repeated demands to lift all sorts of sanctions imposed on Sudan,” the statement said.

The Sudanese government expressed hope to normalise relations with the US. The Ministry of Foreign Affairs said it hoped Sudan would be lifted from the list of countries accused of supporting terrorism.

Sudan has taken several measures in fighting terrorism and decreasing the suffering of people in conflict zones, in addition to pledging not to sign any arms bargains with North Korea.