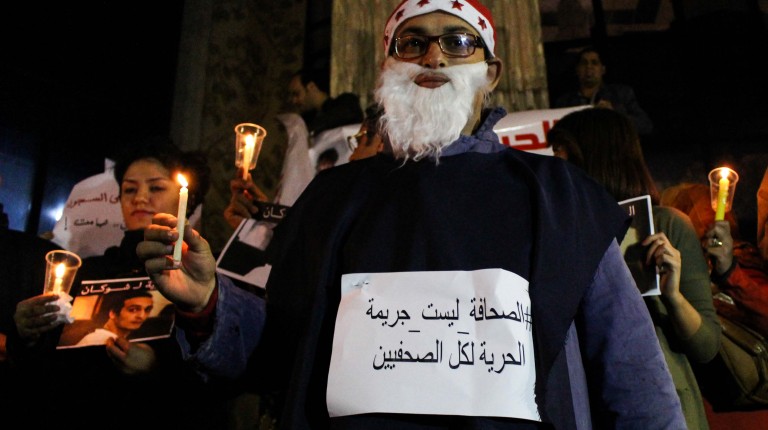 The economic reforms carried out by the government recently were necessary and inevitable, but the government should achieve a growth rate of more than 6% annually so that the citizen can see the results of those reforms, said Shereen Al-Shawarbi, professor of economics at Cairo University.

Al-Shawarbi added that the Egyptian economy needs high growth rates in the current period and that Egypt is able to achieve those indicators.

How do you see the recent economic decisions that peaked last November?

No one can deny that Egypt needed these economic reforms to remedy the imbalances of the general budget and the balance of payments, which led to the increase of the low foreign exchange reserves.

But there was a dispute over the way of applying these economic reforms, whether through successive decisions or slow steps.

How could we protect low-income citizens from the negative effects of economic reforms?

The recent economic decisions are financial. The IMF is only concerned with macroeconomic reform; however, the fund has been trying to take into account social safety networks in the last 10 years.

Of course, the reforms affects negatively the poor classes. Therefore, there should be a system that protects those people. I believe the best way is to provide good jobs with suitable income.

The idea of social justice should not be limited to financial aid and subsidies. Economic reforms should positively affect the productive structure, creating real employment opportunities with suitable wages.

It is irrational that the state and family invests in young people to graduate from certain majors, only for the graduate to work in a different one.

At the same time, it is not the ultimate goal to create jobs, since we need to benefit from our resources through investment policies. The Ministry of Investment has reduced the procedures for obtaining licences, and some other procedures have become easier.

We need a broader understanding of social justice that include education, health, and speedy jurisdiction.

The current food subsidies is semi-financial, since each family knows how much it gets. Every family receives monthly commodities equivalent to EGP 50. In the past, families used to receive bottles of oil and sugar packages despite their high-world prices.

Many economists believe that the new system of food subsidies will contribute to increasing prices and inflation. What do you think?


I believe the new system is effective since it supports the consumer rather than the commodities. So it prevents corruption.

As long as the subsidy is allocated to a particular commodity, the demand only increases on this commodity, so inflation will increase on it only.

Moreover, the social protection system should have several programmes targeting different groups that take into account the circumstances and needs of each individual or family, such as the Takaful programme.

Some families receive food subsidies and healthcare without participating in the programme, so we had to connect all programmes so that they benefit the citizen who deserves support.

This programme invests in human resources so that new generations can enter the labour market with equal opportunities.

The social security pension covers only about 10% of Egyptian families—equivalent to about 1.2 million people, but Takaful increased that number to 1.7 million people.

The government has announced some indicators of inflation and foreign direct investments (FDIs) recently. How do you see these indicators?

The availability of information and indicators is necessary so that we can see the picture well.

Many issues could not be understood because of the lack of information on some economic indicators so we as experts ask for access to information so we can evaluate things well.

Do you think economists face any difficulty in obtaining information?

During the recent period, we could not obtain enough information and indicators like we used to in the past so that economists can do their job in this regard.

We need to know the type of FDIs that are injected into Egypt and which sectors are the most attractive for investors. We also want to know whether these investments aim to buy existing assets or establish new companies and projects. Such knowledge makes the difference.

Most FDIs to Egypt are allocated to the oil and gas sector, which creates limited job opportunities.

The construction sector is very important in the Egyptian economy, but we need to know the type of these constructions and which category of consumers use them, whether they are housing projects or industrial zones, which can create real and sustainable jobs.

As is said, the devil is in the details. We need all these details so that we can analyse the investments. We want to know whether any foreign investor or company has exited the Egyptian market. Such news could create a very negative atmosphere for the investment in Egypt.

There have been statistics concerning the bankruptcy of companies, which enabled us study the issue during a certain period of time and compare it to other periods. The non-availability of such information gives an opportunity to some people to exaggerate the situation, which affects the public opinion largely.

Of course, there are bankruptcy cases. But we need to know the type of these companies and their sizes. These details reassure the Egyptian street and allow a better vision for decision makers.

The financial reforms’ results always appear directly and are usually negative, such as the flotation of the exchange rate.

We need to know whether the increase in exports comes as a result of the increase in production capacity of different factories or through withdrawing products from the local market. We have no idea.

This possibly led to the continuous rise in prices. On the other hand, however, it contributed to increasing foreign currency.

The economic conditions currently witnessed in Egypt are very difficult. There is a number of local and international economic obstacles. However, we feel a development is taking place in the recent period. The supply of electricity was very irregular and unreliable. Now, electricity is regular, and power cuts do not happen.

Do you think there is transparency in the economic decision making in the recent period?

The government’s support should be rational and logical, and we need to allow the community dialogue on these issues.

The problem that sometimes we feel that we are two parties in this case: government and citizens. However, we are actually in the same boat facing these economic challenges.

To convince citizens, we should put ourselves in their shoes and do not play the role of teacher because this provokes the feelings of the people and thus lose the goal of convincing them.

The IMF has recently begun to understand that reforms need to be accompanied by social protection for the poor.

The basic goal of any economic reform is to raise the standard of living of people through increasing growth rates and offering suitable wages.

However, some economic reforms prompt the people to protest them. So the IMF said that we need to stabilize the economy first, and reduce inflation and financial deficit, as there are other indicators that accompany this stability.

Why do you think some of the special indicators that the IMF has predicted on the value of the pound, as well as the inflation were beaten by the reality?

I believe that economists in Egypt are capable to identify different economic indicators once they are made available. The IMF and its various accounts on the exchange rate and inflation are not real. Therefore, we are better able to estimate this.

We need research centres to work more closely and study the situation well enough to collect all the information about the recent economic decisions.

In less than a year, the CBE raised the interest rate to more than 7%, which led to complaints against these decisions, how do you see coordination between fiscal and monetary policy?

The studies said that the interest rate does not affect investment. There are many other factors affecting it. There should be studies on each decision. In any case, we must know the main objective of each side.

The main objective of the CBE is to curb inflation. Unfortunately, not all targets are going in the same way. The financial deficit is large and therefore we borrow with unprecedented inflation, so there is no way to raise the interest rate.

But on the other hand, the government’s debt has reached a frightening stage. Therefore, it is necessary to increase production to get rid of these burdens, since the situation according to the first deficit means that we rely mainly on debt in basic commodities.

We want to rationalise support for spending on education and health, but it means that the deficit will remain as they are.

How do you the complaints against the state for competing private sector and raising the cost of borrowing?

There is still unemployed money in banks which is available for the private sector, but the reasons behind the reluctance of the private sector to borrow from banks that it does not work enough, faces difficulties in obtaining loans or suffers from the high cost of borrowing. We have to know which of these reasons affect the most in each stage.

Although there is an increase in the foreign reserves of about $36bn, which is built on foreign deposits, treasury bills and bonds, there is a good side of it that you are more secure than the reserves at $14billion, for example.

We should admit that there is a relative improvement in the balance of payments in the recent period.

Regarding investment, I think that the state should pay more attention to the national investors, rather than foreign investments, which focus on the petroleum sector that creates limited jobs with high incomes for a specific number of those working in this field.

Only 33% of Egyptian adults own bank accounts: deputy CBE governor