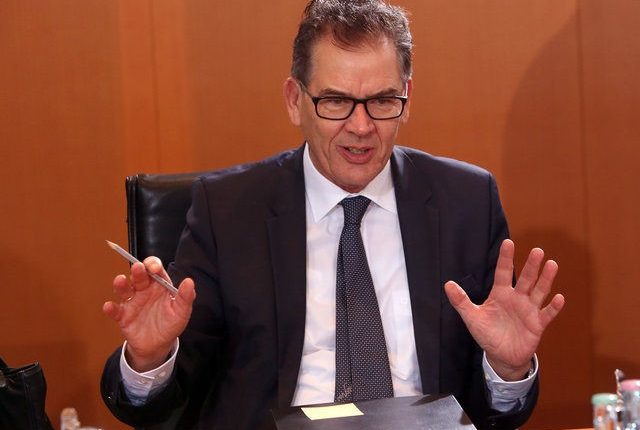 During his visit, Müller will meet with President Abdel Fattah Al-Sisi and Minister of Investment and International Cooperation Sahar Nasr on Tuesday.

In a press conference held Monday, Luy said that the visit will take two days starting Monday, during which several meetings will be held with a number of Egyptian government ministers.

Luy added that Müller will meet Nasr to complete discussions on the convening of the Egyptian-German Joint Economic Committee for the coming period.

“Moreover, the German minister will inaugurate the technical and vocational centre in Siemens in its premises in Egypt,” Luy added. “The German government is interested in investment opportunities in Egypt.”

He praised the Egyptian-German relations, noting that the year of 2017 witnessed successful visits between the two sides on the presidential and ministerial level, most notably German Chancellor Angela Merkel’s visit to Cairo in March and the visit of President Al-Sisi to Germany to attend the African Summit and his meeting with Merkel in June.