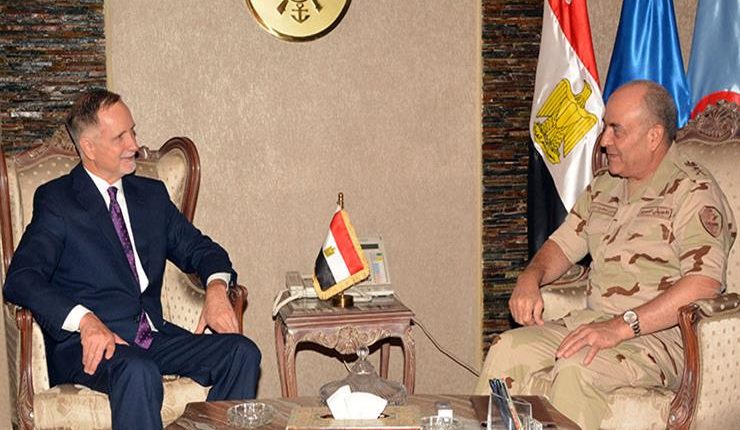 Egypt’s army chief-of-staff, General Mahmoud Hegazy, met on Sunday the head of Multinational Forces and Observers, Robert Stephen Beecroft, during his visit to Egypt, the military spokesperson said in a statement.

Hegazy and Beecroft discussed issues of mutual concern, which helps in supporting and coordinating efforts between the Egyptian armed forces and the multinational forces.

During the meeting, Hegazy praised the high professionalism of the multinational forces and their efficiency in carrying out their duties.

Beecroft asserted his pride of the level of coordination and consultation between Egypt’s armed forces and the multinational forces to facilitate their duties in Sinai.

Egypt has hosted Multinational Force and Observers in Sinai since 1982 as a result of the Camp David agreement between Egypt and Israel following the 6th of October War in 1973.