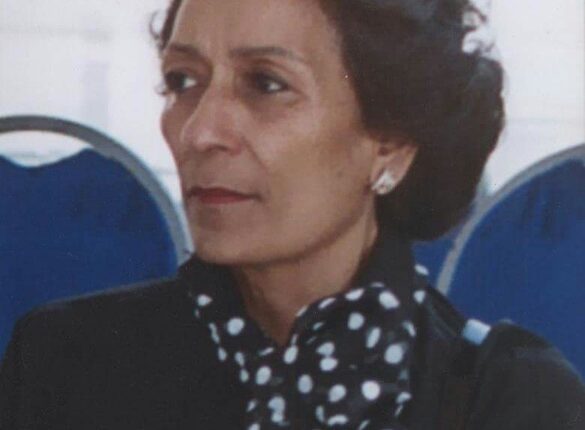 In an exclusive interview with Daily News Egypt on the occasion of the 44th anniversary of the October War, Camellia Al-Sadat, former President Anwar Al-Sadat’s daughter, revealed many secrets after being away from media spotlight for a year. She said she wants to live as the citizen Camellia Mohamed Anwar Al-Sadat: the hero’s daughter.

Please tell us some of the stories that your father told you about the October War.

He stressed that there were two partners in the success of the war with him, Former king of Saudi Arabia, Faisal, who offered an open budget for the war and Former President of Algeria, Houari Boumediene, who paid the price of the arms to the Soviet Union.

Boumediene contacted my father and asked him if we were ready. My father said that we weren’t just yet. The Soviet Union was taking all the Egyptian cotton in exchange for the supply of arms, but this time they wanted the money in cash. The next day, Boumediene called my father and told him that he opened the central bank and that he had now EGP 100m in cash. Moreover, the Algerian president made sure the arms arrived to Egypt.

Meanwhile, Al-Sadat told Saudi’s King Faisal that he needed a larger budget to buy the weapons. The former king replied,”don’t worry about the budget; just buy the weapons, and I will pay the bills.”

My father told me this was the first time to have an open budget for the war.

Did u notice any change in Al-Sadat’s behaviour before the outbreak of the war?

I noticed that he watched many American action films for six months, such as those related to the Second World War and James Bond. I didn’t, however, think that war would break out.

Did you have any prior knowledge that war would break out?

No, my father didn’t tell us anything. We were all surprised by the war statement, even my stepmother Gehan Al-Sadat was.

Al-Sadat was a man of war and peace. He went to the Knesset to have a truce, so please tell us what he told you about this visit.

He was happy that he controlled the behavior of Menachem Begin and Moshe Dayan that were known for their tendency for war.

He waged war to reclaim Sinai, but he understood well that war means destruction.

So after returning from his visit to the Knesset, he decided to agree on a truce and a peace treaty.

Moreover, we experienced the war’s losses, as my uncle Atef Al-Sadat was the first martyr of the October War, so we needed a peace treaty.

As Al-Sadat’s daughter, could you describe your feelings during the Knesset visit?

Fear was the public sentiment that dominated Egypt at the time—but, as a family, we gathered at my mother’s house and followed up on the news from her home.

We were afraid as we recalled the memory when the former king of Jordan Abdallah was shot during his visit to occupied Palestine, we thought that my father might be shot like him.

In depth, tell us the story of being the first woman to visit the Sinai after the end of the war?

It was a great honour to be the first woman to reach the land of Sinai immediately after the end of the war. risefall

When the General Intelligence announced that the road was safe to Sinai, I told my father that I want to visit it, and he arranged it for me. I went there as an Egyptian, who is proud of getting back the land after being occupied during the war.

6 October is always accompanied by mixed feelings of happiness due to the victory and sadness of Al-Sadat’s assassination. How did you receive the news?

I was in America where the FBI visited me at 6.30 am without talking about my father’s assassination. I switched on the TV to break the ice with them. I was shocked by the anchor saying that Al-Sadat was in Maadi Hospital after an assassination attempt. Then I contacted my family, and they confirmed the news.

What do you think of what the newspapers published about the accusation of Rukaya, your sister, of Mubarak plotting the assassination of Al-Sadat?

I don’t accuse anyone of killing my father except the real known killers that were declared by the investigations and the court.

During the era of Morsi, Al-Sadat’s killers were invited to attend the October War celebrations. How did you perceive that?

I didn’t see the scene, but even if I saw it, I would not be effected, as they took their life punishment. Moreover, I shook hands with Nageh Ibrahim, the former leader of Al Gamaa’a Al Islamiya—which killing my father—as I believe they took their punishment in life by being in prison for 30 years and will take their hereafter punishment.

According to the policy of reconciliation that you follow, do you think that the Muslim Brotherhood will reappear on the political scene in Egypt?

Never, as they are a group that works for their own sake, not for Egypt’s. Egyptians became aware of this point.

You were certified as a peace ambassador from the Interreligious and International Federation for World Peace. Where did you start working for peace?

When I was in America, I was invited to attend a celebration as the former Italian Prime Minister Giulio Andreotti received an honorary PhD.

Andreotti told me that Italy had many problems with Muammar Gaddafi, the former president of Libya, as he prohibited Italian boats from crossing the Libyan territorial waters.

Moreover, he told me, “as you know, people from the Middle East and from America recommended me as the one who to talk to him.” From here, I started my journey with working for peace.

What do you think of what the newspapers published about the accusation of Hoda, Gamal Abdel Nasser’s daughter, for Al-Sadat killing her father?

Ruqaya, my sister, raised a case against her and was compensated because of that statement.

Tell us more about the father character of Al-Sadat.

He was very caring. He was the best father and supporter. I understood politics from him. He was always giving me the freedom to talk and to discuss my opinions with him.

Why did the book “My father and I” cause a disturbance in your relationship with your family?

The disturbance came as a well-known newspaper stole my book and added their words and then published an interpolated version of it, saying that this is my journal.

But this disturbance disappeared quickly as I told my family what happened.

What was your goal from writing and publishing the book?

To document the political events and talk about my relationship with my father.

In your opinion, what were Al-Sadat’s mistakes?

His only mistake was allowing the Muslim Brotherhood to get out of prison.

On the other hand, my father was a democratic man. He thought that if they get out of prison, they would become part of the fabric of society.

Is there any regime that followed Al-Sadat’s that ignored his right to be honoured?

Al-Sadat does not need any honouring. He already made history in the eyes of the world.