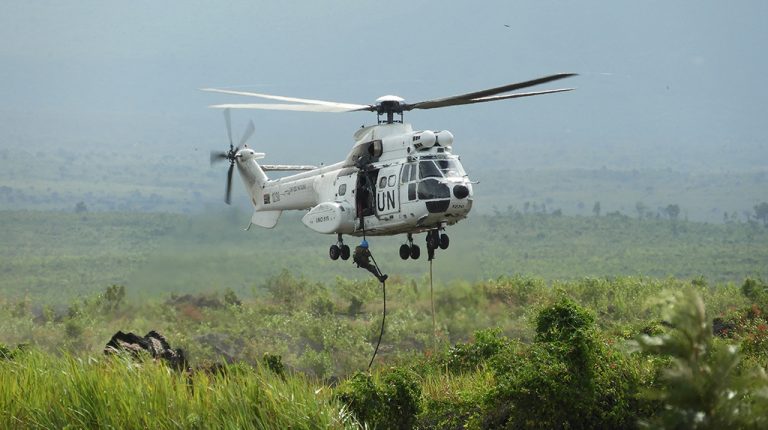 Egypt expressed Monday its “condemnation of the terror attack” on a UN military base in North Kivu in the Democratic Republic of Congo (DRC). The Ministry of Foreign Affairs asserted in a statement the significant role of UN peacekeeping mission in Congo in achieving peace and stability in the country.

According to the UN news centre on Monday, two peacekeepers were killed and several injured. The centre added that the attack was carried out by suspected Allied Democratic Forces (ADF) in Mamundioma.

“MONUSCO has deployed attack helicopters as well as the Force Intervention Brigade in support of operations and to reinforce its presence,” UN spokesperson Stéphane Dujarric said.

This is the second attack in Mamundioma in two months, the previous one killing a peacekeeper and injuring another, the UN said.

Egypt expressed its support to the government and people of the Democratic Republic of Congo.