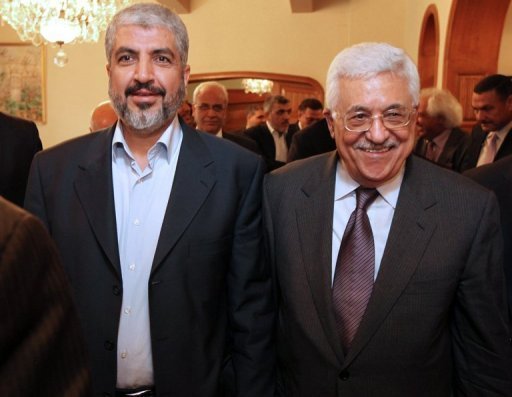 A round of Palestinian reconciliation negotiations launched Tuesday in Cairo between members of Fatah and Hamas at the Egyptian General Intelligence headquarters.

The Fatah delegation is headed by Commissioner of National Affairs Azzam Al-Ahmad and includes members of the Central Committee Rouhi Fatouh, Hussein Al-Sheikh, Head of the General Intelligence Majid Faraj and senior member of the Revolutionary Council Fayez Abu Eita, according to WAFA.

Abu Marzouq said that the  “success of reconciliation dialogue in Cairo depends on Abbas initiative to do it.”

Hamas spokesperson Fawzy Barhoum said in a Monday interview with Al-Ghad TV that on top of Hamas agenda is to discuss the aggravated situation in Gaza, namely the pressing humanitarian issues related to electricity and health, as well as the employees issue, in addition to discussing the crossings file.

He added that he hoped the issue would be settled within a week or two at least for the crossings of Bait Hanoun (Erez) and Karam Abu Salem, while it would take some time regarding the Rafah border, which according to him is supposed to be managed by the president’s guards under European watch.

President Mahmoud Abbas had stated in a Thursday meeting with the Fatah Central Committee that  the importance of the Cairo meeting was that detailed of implementation of further steps would be discussed and that “good intentions” should prevail,  the Palestinian Liberation Organisation reported.

Abbas asserted that national unity was a priority, and that the empowerment of the government in Gaza and upcoming presidential and legislative elections should be achieved.

This comes as Israeli Prime Minister Benjamin Netenyahu’s warned against the Palestinian reconciliation on the same day the Palestinian Authority cabinet convened in Gaza for the first time since 2014, asserting the recognition of Israel and the Jewish state as conditional to accept reconciliation or proceed with peace process.

“We are not prepared to accept bogus reconciliation in which the Palestinian side apparently reconciles at the expense of our existence. Whoever wants to make a reconciliation, our understanding is clear: Recognize Israel, disband the Hamas military wing, sever ties with Iran,” his Twitter account read.