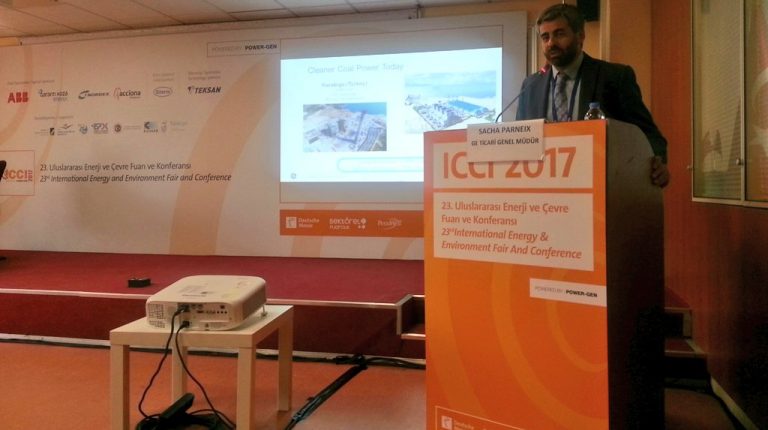 Egypt’s appetite for energy is insatiable, with an annual demand growth rate of around 6%, although Egypt is blessed with an abundance of natural resources to supply the country’s energy needs through energy produced from various sources oil and gas, renewables, and other resources such as coal and nuclear. Yet hydrocarbon development was always the cornerstone of the energy sector, as Egypt now needs to consider different sources of energy.

There is no doubt that an efficient energy sector is central to a prosperous Egypt. Energy challenges play an integral part in the country’s current economic woes. Until only relatively recently, Egypt was a self-sufficient energy consumer, meeting its energy needs through local production. It has even been exporting both natural gas and electricity to neighbouring countries.

Since around two thirds of the country’s electricity comes from gas plants, diversifying the Egyptian energy mix becomes a priority,  the authorities in the last three years have started renewable energy feed-in tariff programmes, signed an agreement for the construction of Al Dabaa nuclear power plant, and approved the use of coal for power production.

Coal, the main driver behind the industrial revolution and fueled some of the world’s largest economies, has become the centre of controversy as an energy source, because it is a relatively cheap, abundant, and well-established source of energy. It is, however, also a major source of pollution.

Global statistics determined that coal contributes to between 39-41% of the world’s energy mix in 2014. Furthermore, the World Coal Association claims that coal has supplied electricity to almost 1 billion people around the world and that coal energy industry has created 7 million jobs around the globe.

To tackle the issues of the efficiency of coal as an energy source, of how Egypt can fully utilise coal’s potential and minimise its disadvantages, and to review Egypt’s energy future, Daily News Egypt sat with Sacha Parneix, the commercial general manager of Steam Power Systems at GE Power (a subsidiary of General Electric) of Middle East, North Africa, and Turkey (MENAT).

How do you see the future of investments in the energy sector after the economic reforms taken by the government?

GE has proudly supported the development of Egypt’s energy sector for over 40 years. Today, GE has installed more than 150 gas and steam turbines in Egypt and helps generate more than 15.5 gigawatts (GW) of electricity—enough to power more than 15 million homes nationwide.

Egypt is undergoing strong economic reforms, with the government prioritising power generation efficiency and diversification of the country’s energy mix. GE, with its holistic technology portfolio (gas, coal, oil, nuclear, hydro, wind, and solar), together with its strong local services capabilities in Egypt, is well-positioned to respond effectively to these developments. 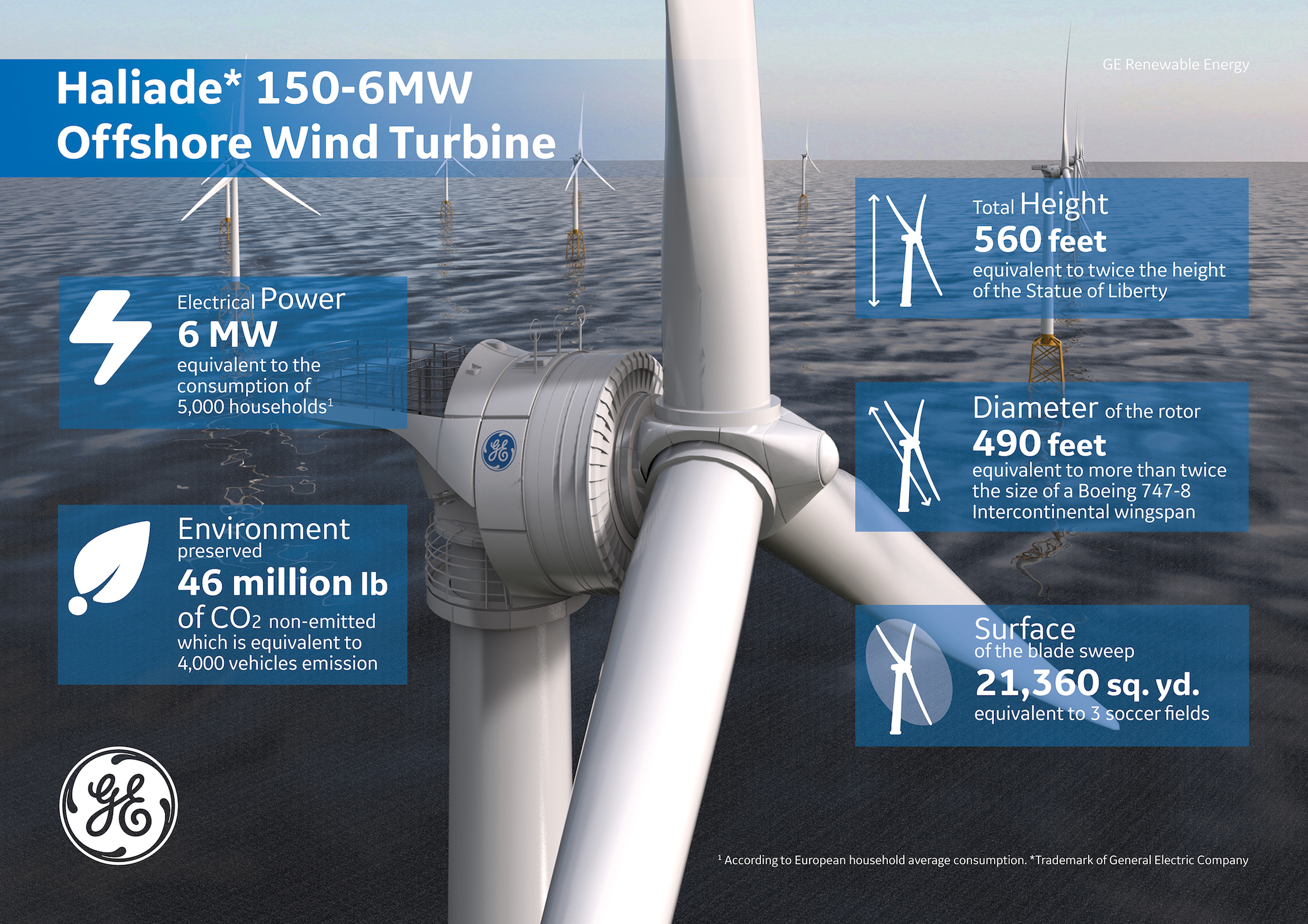 Coal-fired power plants currently fuel 41% of global electricity, and in Egypt’s case, the government in 2014 began allowing the use of coal for power generation for certain industries. In your opinion, can coal help Egypt reach energy self-sufficiency?

Egypt is looking to move away from a heavy reliance on oil and natural gas, to a more diversified power generation mix to help enhance energy self-sufficiency and security. Coal can play an important role here in helping to meet the need for efficient, reliable, flexible and affordable power.

In fact, Egypt is not alone in taking this route to a more diversified energy mix. It is a trend we see across the region today. The United Arab emirates (UAE), for example, aims to generate 6% of its electricity from nuclear power and 12% from imported coal under the UAE 2050 energy goals. The country’s first coal-fueled power plant, the 2,400 megawatts (MW) Hassyan clean coal power project, will use GE’s ultra-supercritical (USC) technology to generate power at very competitive costs. Notably, the project will also meet flue gas emission limits far more stringently than emission limits in the Industrial Emissions Directive (IED) of the European Union and in the International Finance Corporation (IFC) guidelines, guaranteeing values similar to flue gas emissions from a gas-fired plant, allowing the Dubai utility DEWA to call the project “clean coal”.

Furthermore, as Egypt looks to grow its renewable energy mix through increased investments in wind, hydro, and solar power, coal-fueled generation can help address the challenge of intermittency in renewable energy supplies. There are no guarantees on the uninterrupted supply of wind, water, and/or sunlight, and coal can complement renewable energy projects to provide much-needed stability to the grid.

Coal is an excellent energy source in terms of economic efficiency, but what about the environmental concerns?

When we look at the environmental impact of coal-fired power plants, there are two primary concerns. The first is local pollution that impacts people living in the vicinity of the plant site. This can be mitigated through technologies like optimised combustion, which allows the safe re-use of ashes in sectors such as the cement industry; flue gas cleaning systems that remove harmful by-products such as nitrates, sulphates, dust, mercury, etc; and treatment systems that remove waste from discharged water. GE Power is a leader in all these technologies, which stay very affordable (typically in the range of 5% of the overall plant cost if all are implemented together).

How much is the company’s investments in the Egyptian market? Is there an intention to expand investments during the coming period?

Egypt is a very important market for GE, and we see tremendous potential here. The country has a talented young and growing population and there is a lot of room for growth and development. GE is always working with its customers and partners across sectors to find win-win opportunities that can deliver real impact in the country to help improve the lives of Egyptians.

GE employs 700 people across the country, and the company works with the public and private sectors to help transform the energy, healthcare, transportation, and aviation sectors to drive economic and industrial growth. Today, more than 15.5 GW of power in Egypt is generated through GE turbines. An aeroplane powered by GE engines takes off every 9 minutes from Egypt, and more than 15,000 GE healthcare technologies are deployed in hospitals across the country. This is a legacy we are proud of and committed to growing further in Egypt.

Can new technologies, such as clean coal technology, unlock the potential of coal as an excellent energy source and improve its efficiency?

The technology available today can bring the environmental impact of coal power plants down to the level of gas power plants, which are usually considered to be quite clean. GE, for example, is at the leading-edge of ultra-supercritical (USC) technology that allows net coal-fired plant efficiency of up to 47.5%—significantly higher than the global average of 34%. Adopting the technology has helped Germany’s RDK8 power plant to turn into the world’s most efficient coal-based power plant.

GE continues to push the limits of our leading technology even further with higher steam parameters and efficiency rates and is the first to market with advanced ultra-supercritical (Steam-H) technology that can deliver an additional 1.6 percentage points of efficiency beyond the best technology in operation today, driving towards the 50% net efficiency mark.

Furthermore, one of the most interesting developments today is the marriage of software and data analytics with physical equipment. GE’s digital industrial solutions, for example, can increase efficiency up to 1.5% over the life of a 1GW coal-fired steam plant, the equivalent of taking 107,000 cars off the road. This additional efficiency matters as every point of efficiency reduces operating costs over the lifetime of the plant while also reducing carbon dioxide emissions.

Last but not least, innovative technology solutions today allow large coal-fired steam plants, long considered as pure base load units, to participate actively in the stability of the grid, with the ability to ramp power output up and down quickly, making them an effective complement to renewable energy.