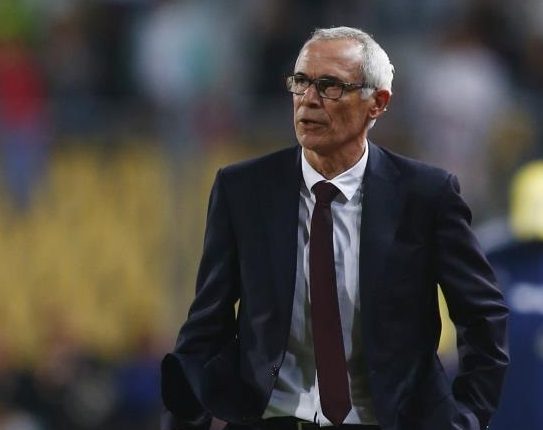 After 28 years of trouble, preparations, failures, grief, and tears, the Egyptian team won the World Cup finals to witness the participation of the Pharaohs for the first time since the World Cup in 1990.

Since then, the Pharaohs failed to reach the World Cup six times: 1994, 1998, 2002, 2006, 2010, and 2014. Over the years, several coaches have assumed the management of the team, all of whom tried to put a mark to become the great achievement that millions are waiting for. Some, most notably Hassan Shehata, have succeeded in realising great achievements but did not manage to qualify for the World Cup.

After qualifying for the 1990 World Cup at the hands of the late Mahmoud Al-Gohary, the officials of the Egyptian Football Association signed 14 consecutive coaches. None of them managed to reach the World Cup, until the 15th, Argentina’s Héctor Cúper succeeded in achieving the desired dream.

After Al-Gohary lost to Greece in a friendly game 6-0 and after returning from the World Cup in Italy, the Egyptian Football Association decided to appoint Dietrich Weise, then Mohamed Shehta, and Mircea Rădulescu.

The task was then assigned to Nol de Ruiter, who fled before entering the African Nations Cup qualifiers and said he was leaving due to the terrorist activity in Egypt. Mohsen Saleh picked up the reign, before handing it over to Ruud Krol after his success with the Olympic team and winning the African Championship in 1995, and reached the final stage of the qualifiers for the 2006 Atlanta Olympics and lost to Nigeria. The Egyptian Football Association removed him after the defeat to the UAE in 1997.