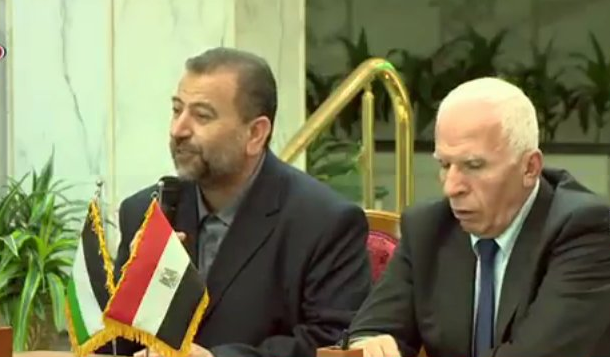 Fatah and Hamas signed a reconciliation agreement on Thursday in Cairo after three days of meetings held at the General Intelligence Services headquarters.

A spokesperson for the General Intelligence said in a press conference that the agreement included enabling the current government of unity to administer the Gaza Strip, with 1 December as a deadline for implementation.

Palestinian factions are also expected to be invited soon to Cairo to set the plan for upcoming presidential and legislative elections.

The agreement was signed between Azzam Al-Ahmed, head of the Fatah delegation, and Saleh Alarury, representing Hamas’. Both sides praised Egyptian efforts and asserted hopes for a permanent end of national division.

The agreement stipulates that border crossings with Israel and Egypt should be under the control of Palestinian presidential guards.