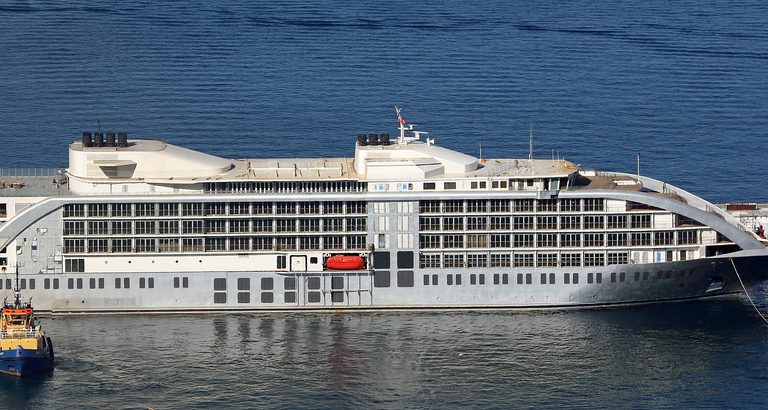 All the floating hotels have at least one or two contracts with foreign tour operators, and some of them have paid compensation to some customers due to the halt of their trips because these contracts stipulate that the hotels must notify the tour companies before closure.
The existing contracts prevent the hotels from increasing their prices in this winter, but they would raise the prices in the next season.

The delay in licensing came as a result of the hotels’ inability to meet technical requirements demanded by some authorities such as river transport. The maintenance of floating hotels is very expensive and it varies depending on the condition of the vessel.
The maintenance process of some giant vessels may cost EGP 12m, not to mention the refurbishing which costs EGP 200,000 – 700,000. The maintenance process is a very necessary for the hotels to obtain the required licenses, and is carried out every five years.
Do the owners of these hotels need financial support from the state or the banking sector?
Of course, these hotels need the financial support from the state and the banking sector to work properly again. On the other hand, obtaining loans from banks depends on the hotels’ relationship the banks because some hotels refuse to pay their insurance fees, which amounts to EGP 10,000 per month.

Do the floating hotels need a dry dock to speed up the maintenance process?
The construction of a dry dock is a very expensive. It costs at least EGP 250m, while a large number of hotels carry out their maintenance in workshops owned by the Arab Contractors Company in Cairo. The floating hotel are inspected regularly every five years, therefore there is no need to establish another dry dock in the region.

Did hotel companies receive permits to bring new boats in the coming period?

There are already about 20 companies that have been granted licenses to build new floating hotels, but these companies, despite receiving these licenses, have not yet started the construction process.

How do you see these licenses under the suspension of more than 60% of floating hotels for more than 6 years?

Construction of the Floating Hotel Prior to the flotation decision, the hotel had 60 cabins costing EGP 70m to EGP 80m, but at present the cost has risen to close to EGP 100m.

Companies are also placing a great deal of caution under the conditions that the sector is suffering from the establishment of a new hotel, preferring to buy an existing hotel and maintain it instead of building a new hotel,the procurement process is also risky.

Are there companies that have bought some floating hotels during the recent period?

The percentage of companies that sold their hotels during the past six years is very few, not more than the fingers of one hand.

Everyone is offered to his hotels for sale, but those who buy in such difficult conditions and weak concerns with the low travel of foreign arrivals to Egypt over the past period.

A few days and the Ministry of Tourism’s deadline for licenses for floating hotels expires. Will the Chamber request that this period be renewed once again?

Of course, the Ministry of Tourism helps us a lot in this regard and is aware of the conditions experienced by the floating hotel sector over the past period.

Tourism will expire on December 31, but before obtaining the license of the Ministry of Tourism, it is necessary to obtain other licenses related to the Ministries of Transportation, Irrigation, and Interior.

The University of Port Said audits on the boats and companies are working on the implementation of its observations with great accuracy.

Because the lifting process requires large funds at the moment, some companies may not be able to carry out such maintenance, which makes the chamber request an extension for the of the deadline again from the Ministry of Tourism until the end of December next year.

Do you suffer in the current period from lack of employment and fixed hotels suffer with improved occupancy rate?

Good employment has been transferred from the sector during the recent period and there are some sections come to their relatives working in Hurghada and there is a problem in casual labour.

We are suffering from a lack of old experience. “The old labour is very tired at work.”

Is low wages the main reason behind the workers quitting?

It is not the only reason that a large proportion of hotels have stopped over the past period. I think that with the increase in the occupancy rate and the improvement in price rates for accommodation, things will return to improvement but will take time to recover.

The important hotel owners sit with some and agree on a single price policy, this will improve the revenue during the coming period and this is what he did for the hotels working in Lake Nasser

Prices abroad for hotels are very high at the moment and we are responsible for their decline in Egypt. The owners of boats want any money to pay either salaries or bank loans.

Is there a need to create new marinas for floating hotels?

Nile Nile berths are very adequate in the current period, with many hotels stopping. Luxor and Aswan may force some hotels to leave the marinas in the provincial capital and move to a wharf in Armant to preserve the aesthetic image of the Cornish.

Is there a protocol of cooperation with Egyptian universities to increase flows during the semester of the region?

During the winter season, tourist traffic to the region is increasing from universities especially during the mid-year holiday

Universities and schools vary according to their dates, and there is no room in the middle school holiday.

I expect an increase in vacations in the region from the Egyptians in January, as there is a large percentage of young people who are booked through the Internet.

Do you expect the jobs to improve during the coming period?

There is already a growth in occupancy for all tourist areas in Hurghada, Sharm El-Sheikh, Luxor, and Aswan.