A recent report issued by BNP Paribas said that Egypt’s economy is on the right track to recovery as reform plans started to pay off for the biggest economy in North Africa.

The bank has participated in a three-day investor trip to Cairo to re-assess the economic situation. Daily News Egypt met with more than 20 representatives from government, the Central Bank of Egypt (CBE), local banks, multinational and domestic corporates, academics, entrepreneurs, and political analysts.

The bank said that the trip re-affirmed its positive outlook on the Egyptian economy, while it highlighted the key challenge of competitiveness in the medium term.

Below are their reflections on few selected themes.

The FX market is increasingly liquid and EGP flotation has been a success by the CBE. The balance of payments (BoP) is improving rapidly and overseas repatriation is progressing as well.

All backlogs have been eliminated, and the USD interbank market is growing. IMF objectives in terms of net international reserves (NIR) have been outperformed.

Our interpretation of the CBE’s statements is that the repatriation mechanism can clearly be considered as a key monetary tool.

At present, we consider that the repatriation mechanism drives exchange rate movement via reserves accumulation with inflation becoming the cornerstone of CBE’s monetary policy.

This confirms our view that recent interest rate hikes had two main objectives: i) increasing the attractiveness of Egyptian assets and ii) meeting IMF requirements.

The role of the interest rate as a tool to fight inflation is rather limited. Several possibilities are being studied regarding the evolution of the repatriation mechanism. 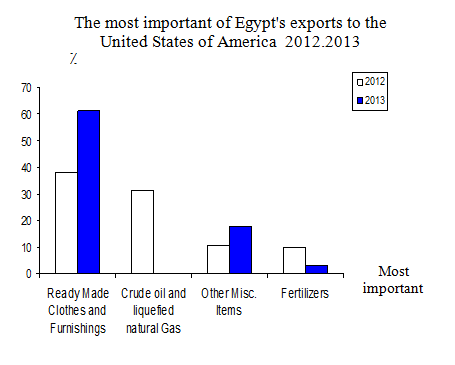 There is relative consensus that the EGP will appreciate in 2018. In the medium term, nevertheless, we expect a gradual depreciation in order to preserve Egypt’s external competitiveness in a context of high, albeit declining, inflation and uncertain progress in factor productivity.

The current EGP spot stability can be partly linked to the prudent behaviour of large local corporates that are waiting for the interest rate easing cycle to begin in order to resume investment.

Consumers have become more price sensitive and tend to cut non-essential expenditures or trade down their shopping baskets.

From a structural perspective, the main potential drivers of the Egyptian economy are i) construction sector linked to the growing urban footprint (driven by rapid population growth), ii) low- and medium-tech manufacturing, and iii) agriculture sector (highly labour-intensive).

With regard to export capacity, EGP depreciation will boost exports in 2018-2019, but rapid expansion of the export sector would be constrained by the growing size of the local market.

The consumer price index (CPI) inflation has arguably peaked in Q3 2017. A further rise in prices could occur in early/mid 2018, with a new round of energy price hikes.

The CBE’s objective is to reduce CPI inflation to single-digits in the medium term. Inflation has had the greatest impact on mid- and mid-upper income households, given consumption patterns and the use of private healthcare and education services.

The lower-income households are notably exposed via food and transport costs, but they benefit from subsidies for a wide range of goods especially food staples.

Egypt annual inflation continued its downward trajectory in October as food prices cooled for the second month in a row.

Annual urban headline inflation inched down to 31.6% in September 2017 from 31.9% in August, as demand-driven pressures dissipated and the impact of energy and utilities price changes tapered off.

The effect of seasonal (school year start) and one-off (mobile fees hike) factors appear to be limited in September, according to a recent report by Arqaam Capital.

Monthly inflation stabilised at 1% in September, compared to 1.1% the month before, while the monthly change in food inflation slowed to its lowest level of 0.4% since January 2016, reflecting the lowest demand driven change since the start of the FX crunch and fiscal shocks cycle.

“Headline inflation is proceeding as expected, comparing with our projection of 31.3%. We expect inflation in October to decline to 30% before dropping more aggressively in November to the mid-20% range and ending the year at 21-22% on the back of a strong positive base effect and absence of major supply shocks,” said Reham ElDesoki, a senior research consultant from Arqaam Capital.

“While a December interest rate cut is likely, we believe February 2018 to be a more likely scenario with a 200 basis point (bps) cut, following the inflation in January, and to capture the full effect of the current monetary tightening on liquidity and credit growth,” she added.

Another research note by Capital Economics London said, “looking ahead, we expect inflation to fall more sharply in the final months of this year. The impact of the 50% drop in the pound against the dollar since it was floated in November 2016—which pushed up the cost of imported costs—will fade. In addition, the effects of subsidy cuts and tax hikes will also start to fall out of the annual comparison. We expect headline inflation to fall to around 23% y-o-y by December.”

According to the report, this will pave the way for the Central Bank of Egypt to start cutting interest rates.

Fiscal policy is balancing between fiscal consolidation (subsidy cuts, VAT) and social safety net measures. Interest rate hikes had the greatest negative impact on government finances but less so on the corporate sector.

The risk of fiscal slippage, as a result of the upcoming presidential elections (June 2018), is less likely. But that is to be confirmed in view of the upcoming social protection measures.

Deficit financing will remain multi-sourced. A significant part of the Gulf Cooperating Council (GCC) debts due in 2018/19 are likely to be rolled over.

The objective is to reduce debt service to 25% of total revenues (from 45% currently). The wage bill is expected to decline from 9% to 6% of GDP in the medium term.

The two main risks to fiscal consolidation are commodity price shocks (considered to be unlikely in the coming years) and execution risk of the next rounds of reform.

In the current post-flotation period, corporate strategy on FX remains uncertain. Corporate loan demand is limited to working capital, while capex lending is muted due to high interest rates.

Asset quality has not deteriorated significantly. Corporate profits have declined in some sectors, but most large corporations have flexibility to weather the current difficult period.

A consolidation of the banking sector is needed as smaller banks are not viable in the long term.

However, they are not under stress to force consolidation and their risk appetite remains limited.

Financial inclusion is a key theme for both the government and banks. There are ongoing initiatives to capture unbanked households and informal small and medium-sized (SMEs) to improve monetary policy effectiveness and tax collection in the long term.

The medium-term objective is no longer to be a net gas exporter, but to end gas imports by late 2018 and develop Egypt as a gas hub (ie mutualisation of regional production capacities in an ecosystem).

Egypt has a genuine competitive advantage, thanks to its two young LNG facilities and given the high cost of building a new one in the east Mediterranean.

The key question is not to become a net gas exporter and collect rent, but rather to become a regional centre for storage and trading of gas and related energies.

The realisation of this vision requires further gas discoveries, notably in frontier areas such as the west

The government aims to reach cost recovery in fuel prices within two to three years. The liberalisation of the gas market is underway, with the possibility for the private sector to supply gas directly to end users, hence competing with EGAS. EGPC arrears to IOCs amount to $2-2.5bn.

While there is no optimal level of arrears, it is critical to keep payments regular and consistent in order to maintain sector momentum.

For tourism sector, the contribution of the sector to GDP is positive again. In the 2-3 year outlook, the objective is to reach revenues of $18bn against $6bn at present.

The government is building a new administrative capital 45 km east of downtown Cairo of which most buildings will be self-financed.

The government is betting on a virtuous cycle, triggered by relocation of key ministries that can consequently boost the residential footprint.

The army is playing a key role in supervising the project. The government is looking to relocate ministers by late 2018, but infrastructure readiness and connectivity to proxy urban centres (Greater Cairo, Suez Canal) are yet to be seen.

We believe that ongoing reforms (monetary and fiscal) have put the Egyptian economy on the right track. Nevertheless, the medium-term prospects are still challenged.

High and above-peers population growth creates an enormous need for job creation each year. Structural changes (notably in education and training) are still lacking to meet those needs.

The role of the army in the economy is important as a fast-track enabler of development projects during rough political transition, but continuation of that role should maintain a level playing field.

However, the key open question, in Daily News Egypt’s view, is the future role of the state in Egypt’s largely market economy.

In conclusion, our positive outlook on the Egyptian economy has been confirmed.

Citigroup set to relocate EU base to Frankfurt