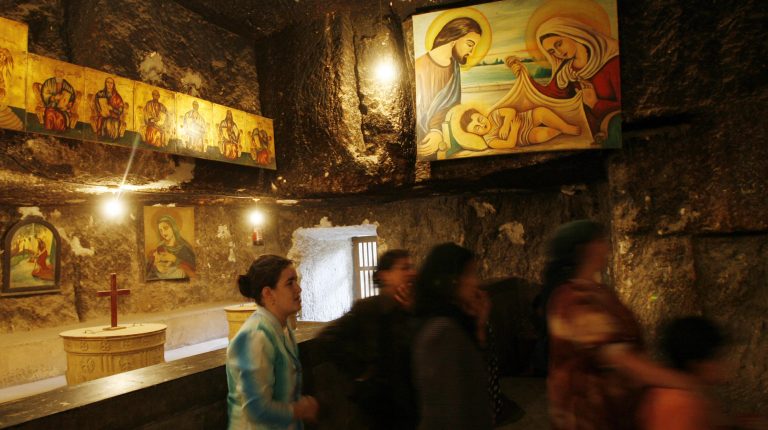 A man accused of stabbing a priest in the area of Al-Marg, eastern of Cairo, was detained on Friday by the prosecution for four days, according to state-owned media.

The incident took place on Thursday. A statement by the ministry of interior said that the suspect named Ahmed Al-Sonbaty, attack the priest named Samaan Shehata as he passing in the area.

State media reported that investigations are ongoing to find whether the suspect is an Islamist radical. Although the ministry of interior said in its statement that the suspect has previously been accused of assaulting his parents and burning their household, local media outlets have reported that the suspect was a radical, citing his neighbours and eyewitnesses.

The Coptic Orthodox Church said that the victim was “martyred”. On Friday, the funeral, which was attended by several high ranking priests, took place in Beni Suef.

Also the Grand Mufti condemned the incident and compared it to the attack on a security checkpoint on Friday that killed six army personnel. According to the Mufti statement, “the brutal terrorism doesn’t distinguish between a military personnel or a civilian, or between a Muslim or a Coptic Christian, which demands us to stand as one front against radical terrorist groups that aims to destabilize the nation.”

Similarly the Coptic Church published on its official page a condolences by Bishop Rafael who said in “a message to the terrorists” that Church becomes more strong when a martyr falls. He added that “the tree of the Church is watered with the blood of the martyrs.”

Rafael also said “in a message to officials that terrorist groups are taking place since 1972… and it is obvious that the security response is not enough,” adding that the state is entitled to change what he called “a nation’s culture which was poisoned by terrorism and extremism.”

A video circulated on social media shows the suspect chasing the victim and stabbing him.

On 11 December of last year in a Sunday mass at least 27 people mainly women and children were killed. In 2017, another series of attacks left at least 45 people dead and over a hundred injured in two separate but subsequent bombings at Mar Girgis Church in Tanta and St. Mark’s Coptic Orthodox Cathedral in Alexandria.

The attacks sparked the implementation of a three-month state of emergency by President Abdel Fattah Al-Sisi, the formation of a new national council to combat terrorism, and the opening of debates on means to face extremist speech.