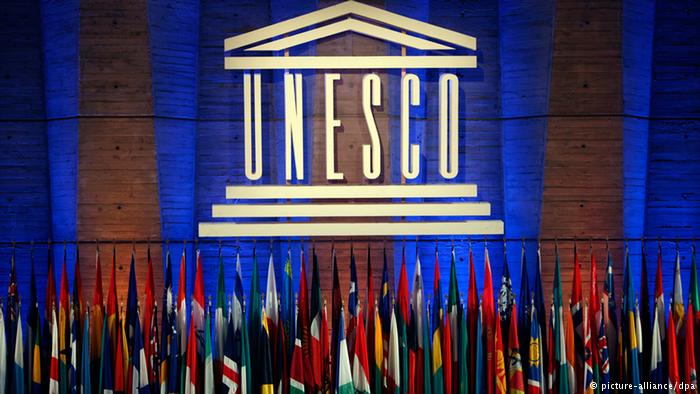 The United States notified UNESCO of its decision on Thursday to withdraw from the organisation, accusing the UN body of  “anti-Israel bias”, State Department spokeswoman Heather Nauert said in a statement.

“This decision was not taken lightly, and reflects U.S. concerns with mounting arrears at UNESCO, and the need for fundamental reform in the organisation,” the statement said adding that the “US withdrawal will take effect on December 31, 2018. The United States will remain a full member of UNESCO until that time.”  However the US said that it will become a permanent observer mission to the UN’s organisation.

A few hours following the US decision, the Israeli prime minister Benjamin Netanyahu welcomed the US “brave and moral decision,”. In a statement, Netanyahu accused UNESCO of becoming a “theatre of absurd. Instead of preserving history, it distorts it.”

Russia, Britain and France expressed their regret for the US decision, and asserting supporting UNESCO.

UNESCO stands for the United Nations Educational, Scientific and Cultural Organisationٌ. It was founded in the aftermath of World War II, in 1945 and based in France, and comprised of 195 member states. It is known for its work to preserve the international heritage and culture.

UNESCO Director-General Irina Bokova expressed her “profound regret” at the decision of the US to withdraw from UNESCO. In a statement, Bokova described the decision as a loss to UNESCO, the United Nations family, and a loss for multilateralism.

“At the time when conflicts continue to tear apart societies across the world, it is deeply regrettable for the United States to withdraw from the United Nations agency promoting education for peace and protecting culture under attack,” she added.

The UN’s organisation has recently faced waves of criticism from Israel after its positions which was described as supporting Palestinians.

In May, the Executive Council of the organisation supported a resolution considering Israel as an occupation authority in Jerusalem. The resolution demanded Israel to cancel any measures that changes the “nature or  situation” of the city.

Also, in July, UNESCO declared the Old City of Hebron [Al-Khalil] in the occupied West Bank, an endangered world heritage site, despite the Israeli controversy. Israeli Prime Minister Benjamin Netanyahu described the declaration as “another delusional decision by UNESCO.”

One of the biggest steps in favour of Palestinians which provoke Israel was the decision of accepting Palestine as a member in UNESCO in December 2011. UNESCO also adopted a resolution in 2016, denies any religious correlation between the Jews and the Al-Aqsa mosque and the Western Wall, considering it as an Islamic pure heritage.

As protest against the admission of Palestine as a full member at UNESCO, the US cancelled its budget contribution to the organisation.

President George W. Bush put the US back in the organisation in 2002.

The US used to pay the lion’s share of UNESCO’s budget but it cancelled its financial contributions [USD 500 million] in 2011 in protest against Palestine’s admission as a full member It is suspected, that, with the withdrawal decision which came in the process of selecting a new chief, the international impact of the organisation will be put to a test due to the political value of the US.