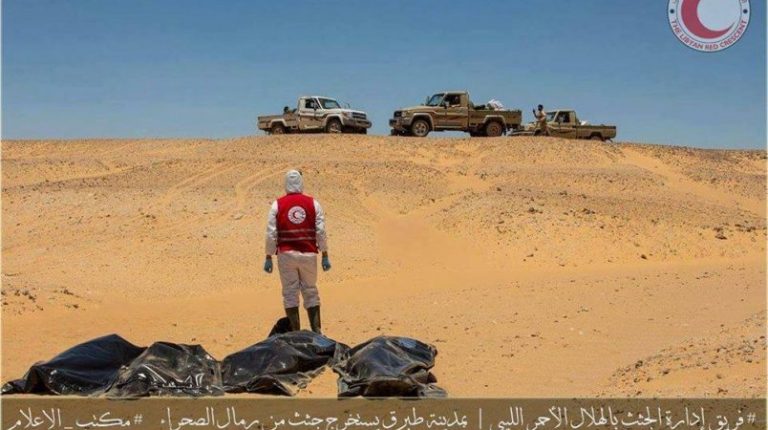 Egyptian authorities detained 138 illegal immigrants as they intended to cross to Libya, state-media reported on Saturday.

Among them were 18 Sudanese and 1 Syrian. They are all expected to be deported to their countries.

Authorities from the Marsa Matrouh Security Directorate said the immigrants carried no identification papers and sneaked into Egypt with the help of human trafficking gangs. The report said the Egyptian nationals were from different governorates, with Minya having the top number at 29 individuals.

Although Libya still attracts illegal Egyptian immigrants despite the deadly gamble it possesses, attempts like that are thwarted almost on a weekly basis.

Earlier in August, authorities caught 23 people. In mid-July, state-owned media Al-Ahram reported that 75 people were stopped from illegally crossing into Libya, while five were Sudanese. The rest of them came from several Egyptian governorates.

In July, the Libyan Red Crescent notified Egypt that it found the bodies of migrants in the desert. The relatives of the victims were reported to having a hard time reclaiming the bodies.

The incident highlighted once more the hardship faced by migrants, especially to Libya where people continue to hope for better opportunities despite Egyptian authorities’ repeated warnings against travelling to Libya.