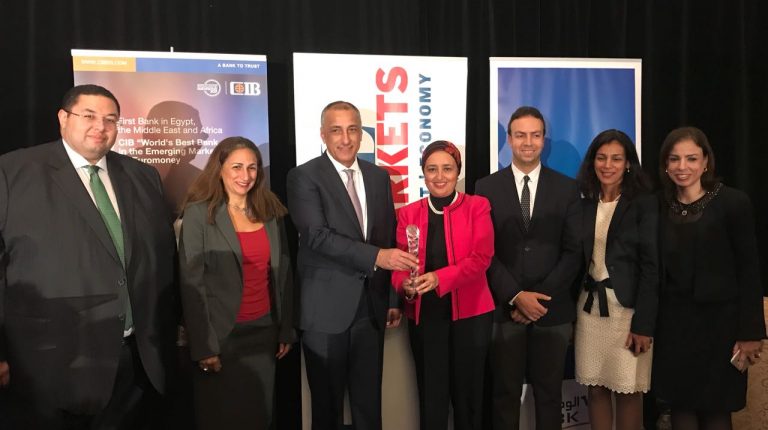 Tarek Amer, the governor of the Central Bank of Egypt (CBE), has received the title of the Best Central Bank Governor for 2017 in the Middle East and North Africa in the classification organised by Global Markets newspaper, which was issued following the annual meeting of the International Monetary Fund (IMF) and the World Bank.

Amer was honoured on the sidelines of the IMF and World Bank meetings in Washington, D.C.

During the ceremony, Amer offered thanks to the staff of the CBE and the Egyptian banking sector for the contribution they had on the Egyptian economic reform programme. He also dedicated the award to Egyptians for their support and understanding of the economic reform measures.

The policies of the CBE have placed the Egyptian economy on the right path, according to Toby Fields, chief editor of Global Markets.

“We believe that CBE is the engineer of the IMF economic reform programme in Egypt. We also believe you played a pivotal role in putting the Egyptian economy on the right track and restoring the confidence of global investors,” Fields added in an official letter of which the CBE received a copy.

He noted that the great improvement in the Egyptian economy was due to the bank’s commitment to the monetary policy and to its conducting of marketing communications in a timely manner.