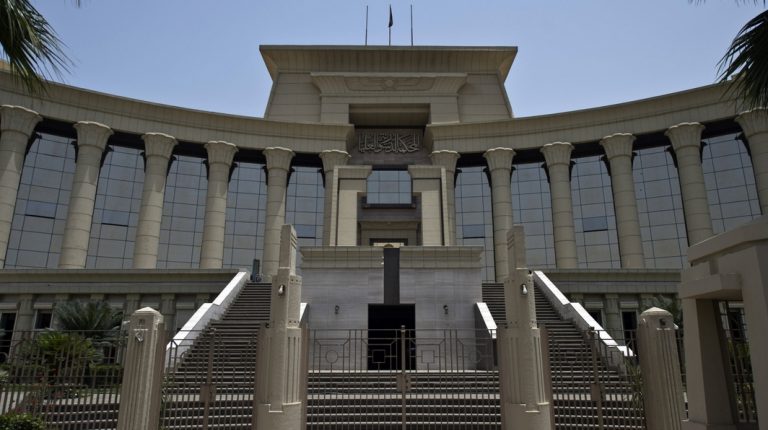 Military courts will no longer be handling protest cases, according to a verdict issued Saturday by the Egyptian Constitutional Court. Under the state of emergency extended for three months by President Abdel Fattah Al-Sisi, protest cases are expected to be handled by State Security Emergency courts.

The Egyptian Constitutional Court’s verdict decided that civilians facing protest charges should not be tried before military courts. This would be beneficial to defendants facing military trial in protest cases that should be redirected to ordinary courts. “However, this wouldn’t apply retroactively concerning verdicts already issued by military courts,” said lawyer Negad El-Borai.

According to Mokhtar Mounir, lawyer at the Association for Freedom of Thought and Expression (AFTE), existing verdicts would have to be appealed before the same military judiciary using the Constitutional Court’s verdict.

The Protest Law 107/2013 was issued after the ouster of former Islamist President Mohamed Morsi and the security dispersals of pro-Muslim Brotherhood sit-ins. Since then, hundreds of defendants, including students, were given strict sentences under the military judiciary.

Protest cases often combined different charges, which made them distributed over several types of courts, including misdemeanor, criminal and military courts, as well as terrorist divisions inside criminal courts.

In fact, a judicial dispute over which court shall handle protest cases was behind the Constitutional Court’s recent verdict.

The dispute was “an unusual judicial situation” that appeared back in May, according to the local Al-Shorouk news website. Both the criminal and the military judiciary refused to handle three protest cases, each arguing that it was within the other court’s scope of specialisation.

In the cases, which took place in the governorate of Beni Suef, the defendants faced protest charges for obstruction of roads, possession of melee weapons, and inciting to attack public and vital facilities.

With the existence of Law 136/2014, which gives military judiciary authority over the protection of vital facilities, the ordinary criminal court saw that the case should be referred to a military court. The latter rejected the case on the grounds that no harming of public facilities actually took place – an argument upheld by the Constitutional Court.

Military trials of civilians have been a source of controversy among human rights defenders. But whether Saturday’s verdict was a victory in that context is debatable. Both El-Borai and Mounir pointed out that State Security Emergency courts would now replace military trials in protest cases.

“Like in the military judiciary, those emergency courts do not protect basic due process,” El-Borai said concerning the rights of the defendants. “As the Cassation Court has to fully re-examine cases, the state may be looking to take off pressure by accelerating the process though emergency courts,” he said.

Mounir pointed out that it is expected that misdemeanor cases related to protests would go to emergency courts, according to a new cabinet decision to refer certain crimes to those courts including violations of the Protest Law.

Meanwhile, in its recent verdict, the Constitutional Court maintained the validity of Law 136/2014, issued in October 2014 by Al-Sisi. The law stipulated that military forces join and fully cooperate with police bodies to secure vital public facilities, including power stations, gas stations, petrol fields, railways, and road networks, among others.

“These locations are considered military zones during the period of legal military protection,” read the text published by the Egyptian Gazette on 27 October 2014.

The law came following an outbreak of violent protests after the ouster of former Islamist President Mohamed Morsi in 2013. As so, it stated that general prosecution authorities should refer cases of assaults on vital facilities to military prosecution and judiciary.

Since the law was effective for two years, Al-Sisi extended it for five years by a decree issued in 2016.