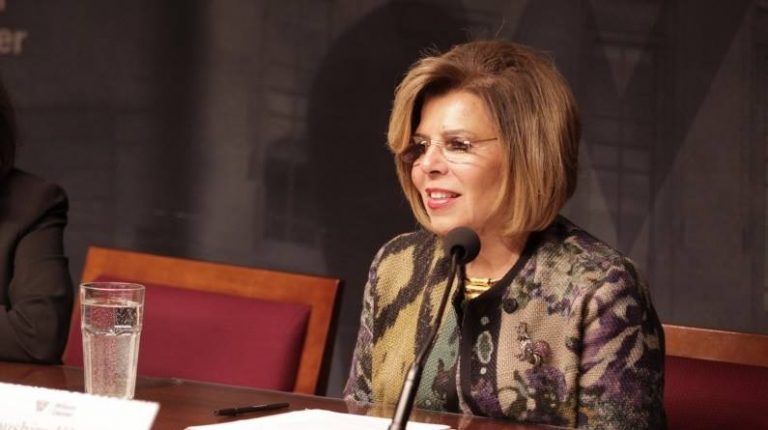 Egypt’s parliament invited Moushira Khattab and her team to the parliament on Saturday, after their return from Paris, in order to honor her for her performance in the latest UNESCO elections, according to state media.

The Foreign Affairs Committee at the parliament thanked the Egyptian candidate, describing her as “a perfect representative of Egypt in this competition, and a diplomatic and international delegate that is suitable for the country’s status,” according to a statement published by state media. Also, the committee said that Khattab professionally dealt with the competition over four rounds, despite “all obstacles.”

Khattab published a letter thanking Egyptian officials and the Egyptian people for their support in the elections. In the statement, which was published in local media, she extended her appreciation to President Abdel Fattah Al-Sisi and Prime Minister Sherif Ismail, adding that “although the official competition has ended, Egypt’s struggle against discrimination and exclusion against any sex or religion” will continue.

Khattab reached the fourth round of elections for UNESCO’s director-general position. She left the competition with 25 votes, while the French candidate Audrey Azoulay got 35 votes.

Later, Azoulay won the elections after getting 30 votes, and her Qatari competitor Hamad Al-Kawari got 28 votes in the fifth round.

Egypt’s official bodies rallied behind Khattab during the campaign and the elections. After the elections, Egyptian Minister of Foreign Affairs Sameh Shoukry filed a complaint to the current director-general of UNESCO, Irina Bokova, to investigate the alleged “violation” committed during the election for the upcoming chief of the organisation.