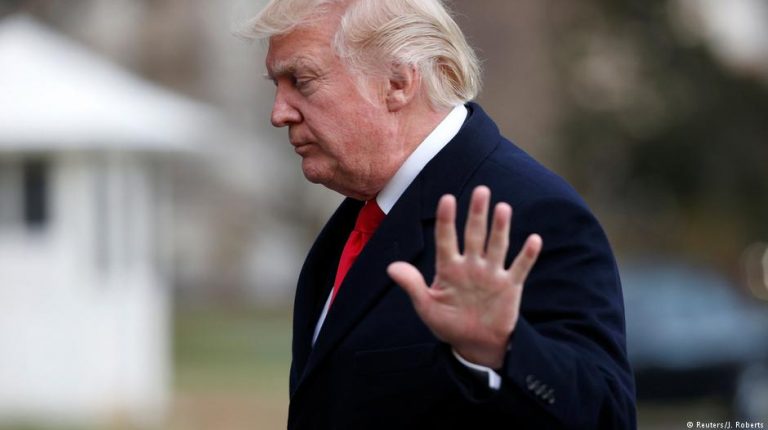 Egypt said Saturday it is following with concern the announcement of the new US strategy towards Iran. According to a statement from the Ministry of Foreign Affairs, the US announcement comes in accordance with Egypt’s concerns towards Iran’s policies.

On Friday, US President Donald Trump expressed his desire to withdraw from the Iran nuclear agreement, formally known as the Joint Comprehensive Plan of Action (JCPOA). In his speech, Trump said, “The deal allows Iran to continue developing certain elements of its nuclear programme.”

He also accused Iran of practicing and supporting terrorism.

Expert of Iranian affairs Mohammed Abu Al-Nour understands the Egyptian statement as an agreement of Trump’s position towards Iran. He believes that Egypt’s policy towards Iran has changed since the 25th January revolution, which was followed by statements from former Egyptian Foreign Minister Nabil Al-Araby, who asserted that Egypt should reconsider its policies towards Iran. Al-Nour added that the relations between the two countries witnessed some improvements after former President Mohamed Morsi took office in June 2012.

However, the researcher explained that tensions came to the surface after the ouster of Morsi in 2013. One proof of that, he adds, is President Abdel Fattah Al-Sisi’s negligence to invite Iran to the celebration of the opening of the New Suez Canal in 2015. “Since 2013, Egypt has started to agree with its Gulf allies, who consider Iran as an enemy,” said Abu Al-Nour.

While, Saudi Arabia and the United Arab Emirates welcomed Trump’s statement on Saturday, the European Union and Russia asserted the necessity of keeping the agreement.

Egypt stressed in the statement the necessity of enhancing trust in the Middle East. Abu Zaid added in Sunday’s statement, “Regional powers should not adopt policies that destabilise the region,” adding that they should “stop any negative interventions in the internal affairs of the Arab countries.”

The Iran nuclear deal took place after negotiations between Iran and the five permanent members of the UN Security Council (United States, Russia, United Kingdom, France and China), Germany and the European Union. According to the agreement, Iran should redesign, convert, and reduce its nuclear facilities, and must not develop its nuclear power to the point of manufacturing nuclear weapons, in order to lift all nuclear-related economical sanctions and unfreeze its assets.