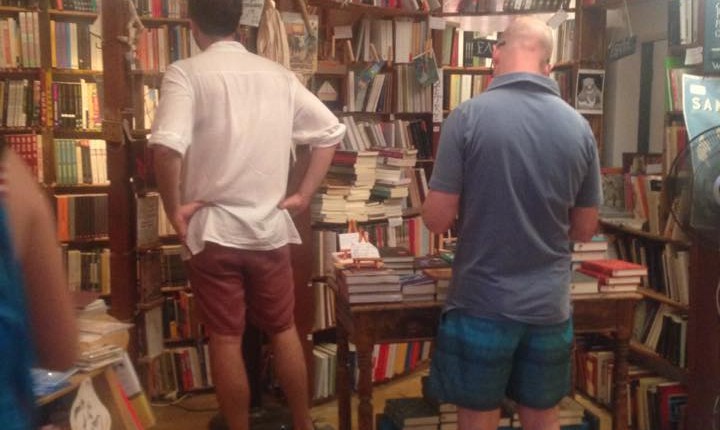 While “Nation Branding” might be a simple concept, it responsibly carries layers of meaning and can set in motion countless advantages. On 17 October, the Narrative Summit 2017, powered by CC Plus, a corporate communications and media consultancy agency, is about to forge a new domain for experts and market leaders to talk about the unified front this nation needs to enhance its advancement opportunities and communicate a positive brand to the world.

The objective behind the summit is to export a commendable image about Egypt, thus constructing a globally unified positive perception about our nation in all fields, such as economics, tourism, arts, sports, entertainment, entrepreneurship, and much more. With an infinite desire to meet the highest standards of value and high quality, Lamia Kamel, managing director of CC Plus, delivered a summit in 2016 purely for PR that gathered local and international experts in one function to set the tone for effective communication and governmental recommendations on utilising more resources for mass development. However, this year, Kamel elevated the summit to expand beyond PR and encompass all industries to prove that soft powers and content specialists can be just as powerful as government officials in impacting a nation-wide development.

There is a big difference between last year’s summit, which was named “the PR Summit for International Relations” and this year’s, named “Nation Branding”. Why is that?

There is indeed a difference. At the 2016 Summit for international relations, we introduced the notion of strategising the role of PR and no longer perceiving PR as a tactical industry but as a strategic one. We brought together narrators from local and international markets post the 25 January Revolution when everyone was vying for a voice in the new era of communication and exploited the opportunity to discuss the different elements of PR. The second edition of Narrative Summit is about crafting one message about our national identity, our brand, and then capitalise on our key pillars: investment, exports, talents, tourism, entrepreneurship, and national prominence. When we shift our focus to enhance each pillar, we communicate a message about our nation to the world, crafted by our own hands, not someone else’s. We need to push for this and deliver recommendations from the Summit aimed at achieving this.

Why do you think Nation Branding is a big project and should be handled by an entire country, and not just a private company?

Nation Branding is an idea. Beneath this idea is a number of projects; you break down the idea of nation branding, and then you have projects that can be handled by private companies and other forms of institutions. But the idea must be interpreted and enforced by everyone in the nation. No one is excluded from crafting and implementing the ideology.

What we are seeking at the Nation Branding Summit is to illustrate a benevolent image about Egypt on all levels through local and international narrators who narrate their victories in their fields such as investment, entertainment, technology, economy, and exports as a model for successful Egyptian calibers.

Such conversation and growth-friendly environments will open more doors for lucrative investment opportunities to enter the nation and concoct recommendations that lay out compelling content and create communication channels between the state and foreign media.

Who are the most prominent figures participating in the summit, and what are the topics to be discussed this year?

Our list of speakers this year includes Jason Mackenzie, president of the Charter Institute of Public Relations, who will be speaking about “Defining the Voice of Egypt: The UK’s Perspective for Public Relations and Egypt’s Use of It” and Hany Mahmoud, chairperson of Vodafone Egypt, who will tackle overcoming the challenges of building a state that communicates with the various stakeholders in a language they understand.

Also partaking in the summit is Khaled Hegazy, chief corporate affairs officer at Etisalat Misr, as well as Yasser Abdul Malak, chairperson and CEO of Nestle North East Africa Region, where the latter will be taking part in a discussion titled “Regional Perspectives: what is the impact of successfully manufacturing products and exporting them on mustering positive impressions about the country?”

We also have Jean Marc-Harion, CEO of Orange Egypt, speaking about “the role of the state in attracting investments and creating a brand. What is Egypt lacking in this framework?”

Then there’s Eric Trager, who directly handles our file in the Washington Institute for Near East Policy, and he will be talking about “the US’s perspective on Egypt”.

Joining him will be Patrick Jephson, Princess Diana’s former secretary of staff, who will be discussing the truth behind the influence of public figures on the voice of Egypt.

The event will also host Alex Malouf, chairperson of the International Association of Business Communication, who will bring to the stage the Dubai case study and how the country has achieved commendable effort in creating its very own brand.

Moreover, we will also have Hossam Saleh, chief operations officers of Egyptian Media Group, who will list the numerous countries that have succeeded and technology and use the case studies to provide lessons and guideline. There will also be a chance for Rami Mohsen, Nogoum FM and TV Network Director, to channel his years of radio experience into discussing the one voice approach.

As for Ayman Baky, founder of Baky Hospitality, he will negotiate the value of the details in painting the most flattering image unique to our very own nation. Then, under the Social Commitment Panel, with the mindset of infusing positive spirits for social sustainability, a series of social development experts will assume the stage including speakers such as Ahmed Nagy, director of Fundraising and Partnerships Zewail City of Science & Technology and Amal Mobadda, fundraising sector director at Misr El Kheir Foundation.

A speaker such as Mohamed Khodeir, former CEO of GAFI, for example, will discuss how foreigners can grow more interested in investing in a nation despite locals being fearful of investing in their nation themselves.

Hossam Badrawi, chairperson of Nile Badrawi Foundation for Education and Development, will speak about his various experiences in politics, education, and youth development.

Also, Maya Morsy, president of the National Council for Women Egypt, will embrace the topic of female power and their non-negotiable input to a society’s advancement.

Finally, Ayman Ismail, board adviser in the New Administrative Capital of Egypt and Endeavor Egypt’s board member, will highlight national projects and their ability to project ambition and commitment.

Where’s the benefit of having someone like Patrick Jephson among your speakers?

Patrick Jephson is one of the extremely heavyweight characters who possesses immense experience due to his nature of work with the late Princess Diana. We believe that when you have a national persona respected by millions, you have a brand for a country, people instantly associate this person with their country, be they an artist, a politician, an athlete, or anything else—they are ambassadors for the nation’s identity. Princess Diana was just that.

New Administrative Capital units to be offered in H1 2018

On nationalism, dry drilling, and patriotic promotion: How the Suez Canal opening was presented to the masses

A butterfly effect could turn things upside down: Hala Shukrallah