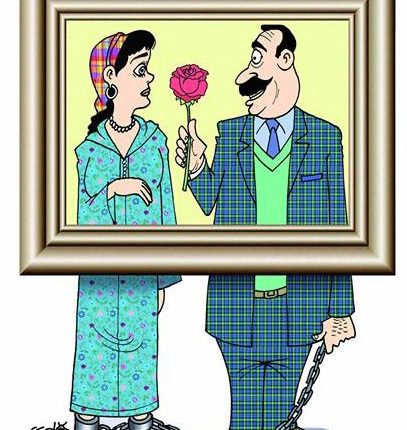 For years, caricature has been a significant method to document people’s hidden thoughts and unrevealed emotions. The simplicity of a sketch drawn by only using basic colours is as critical as war weapons: both target society’s troubles. To combine the work of caricaturists across the Middle East and create a common platform to display and discuss their work, the first Arab caricature Summit Took place on Sunday in the Culture Palace of Luxor.

Adopted by the General Organisation of Culture Palaces and in cooperation with the Egyptian Caricature Association, the summit runs until October 18. The decision of celebrating the Middle East and North Africa’s (MENA) first caricature summit in Luxor came to celebrate choosing Luxor as the Arab Culture Capital.

The summit displays over 75 cartoons of 15 different caricaturists from all across the region. Countries include Libya, Jordan, Morocco, Lebanon, Palestine, Kuwait, and Algeria.

Other than the exhibition, a series of workshops will be held to teach young talents the art of cartoons.