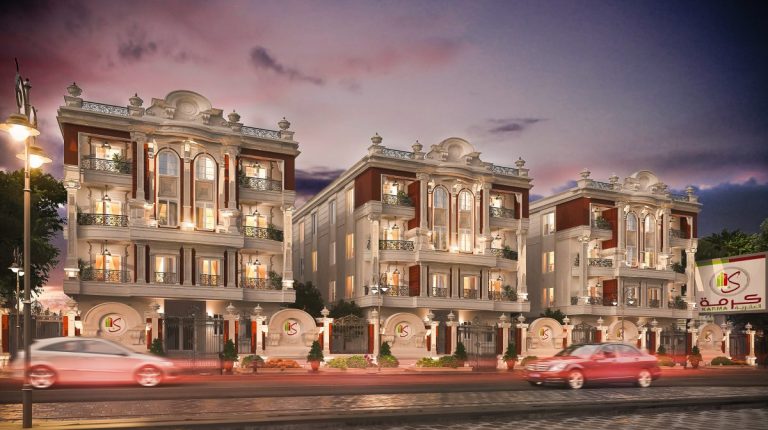 Karma Developments launched its latest real estate projects in Fifth Settlement, New Cairo. The company will carry out the two projects of Elite Residence and Platinum View, with an investment cost of EGP 160m on an area of 5,000 sqm, according to Karma’s general manager, Ahmed Mostafa.

Mostafa told Daily News Egypt that Platinum View is being implemented on 2,220 sqm in Andalusia area in Fifth Settlement, with investments up to EGP 100m, including 50 units, a ground floor and four floors, with spaces starting from 128 sqm to 380 sqm.

Mostafa added that the project is being implemented on one phase and will be handed over in October 2019.

Mostafa noted that Elite Residence is being implemented on 2,260 sqm, with an investment of EGP 60m, in Beit Al-Watan area in Fifth Settlement, with 36 units and consists of four floors with spaces ranging from 143 sqm to 298 sqm, and the average price per metre is EGP 5,750.

He pointed out that the project is being developed on two phases and will be handed over by the end of 2020.

“The two projects will be offered for sale at the Elite Real Estate Exhibition in Kuwait from 4 to 9 December 2017,” added Mostafa. “The company aims to achieve EGP 60m in contract sales of the two projects during the fourth quarter (Q4) of the current year.”

The company enables its customers choose the most upscale housing without any burdens and prices that are commensurate with their needs, through several facilities including a 10% discount and instalments of up to six years.

Mostafa pointed out that the implementation of Egypt’s economic reform programme led to increasing unit prices to 30%, which led to a decline in the purchasing power of customers on real estate units. Therefore, the company tended to increase prices by only 10%, while reducing the profit margin to provide units to customers to suit their needs.

The soldier, the politician, the Sheikh and his mother