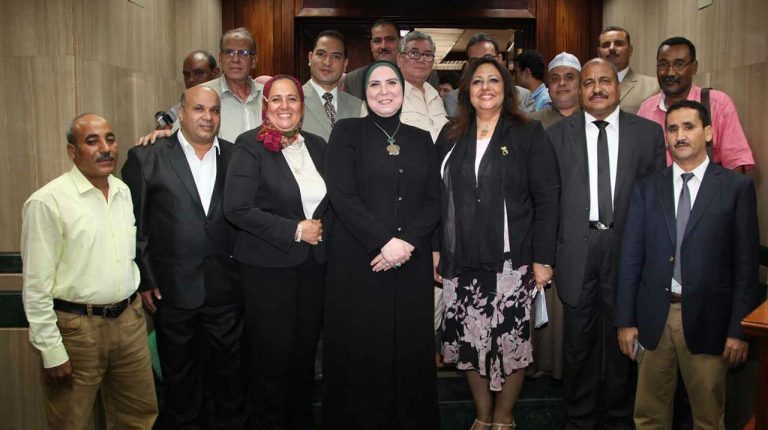 Minister of investment and International cooperation Sahar Nasr said that there are three issues that are at the top of her priorities during her time as the chairperson of the next African Union, which are promotion of investments in Africa within the framework of its attractive investment components, empowerment the continent’s youth, and governance to help government institutions in Africa in implementing sustainable development goals.

Moreover, she said that she would like to work with the World Bank’s president to maintain the African development agenda.

Meanwhile, the minister called on Kim to maximise funding to Africa in order to help achieving African development goals, especially at the level of agricultural development.

On the other hand, Nasr stressed the need to continue working with the World Bank to expand cooperation in order to achieve sustainable development, such as empowering women and Arab youth and undertaking a comprehensive reform in education.

This came during the minister’s participation in the meeting of the Arab governors of the World Bank with the bank’s president on the sidelines of the its annual meetings.

On another context, Yousef Al-Bassam, the vice president and managing director for the Saudi fund for development said that the fund is keen to speed up the completion of the financing tranches in order to speed up the implementation of the Sinai Peninsula Development Project in accordance with the timetable set for it.

This came during Al-Bassam meeting with the minister on the sidelines of the annual meeting of the World Bank in Washington, D.C.

In the same context, the minister stressed on Egypt’s aspiration to develop its relations with the fund in light of the historical relations between the two parties.

She pointed out that the current cooperation portfolio is about $2.5bn, including 23 ongoing projects..

Moreover, the two sides discussed the fund’s support for Egypt’s entrepreneurship programme and “Your Idea is Your Company” initiative to support startup companies.

In the same context, the fund contributes in the programme through Egypt for entrepreneurship and investment company.

Finally, the minister invited Fakhoury, the World Bank president, and the African governors of the World Bank to participate in “Investing for Sustainable Development … Africa 2017” conference that will be held from 7 to 9 December.