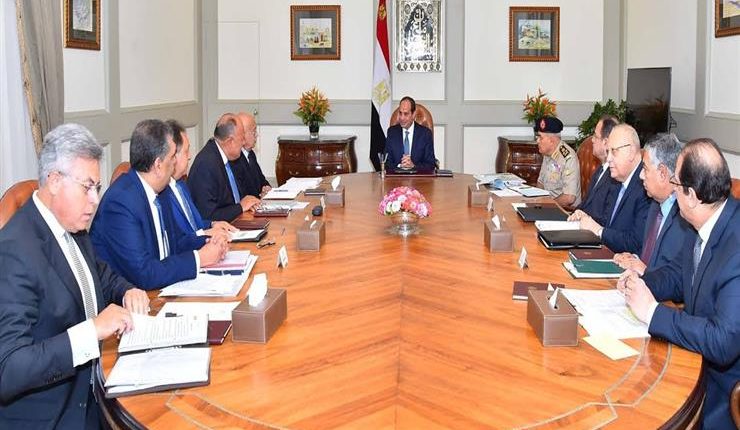 President Abdel Fattah Al-Sisi is to attend a tripartite summit with his Greek and Cypriot counterparts in Nicosia, the capital of Cyprus, in November.

Al-Sisi discussed on Monday with Prime Minister Sherif Ismail the situation of the projects of the tripartite joint declaration between Egypt, Greece, and Cyprus, state media reported.

The meeting was attended by ministers of defence, foreign affairs, interior, health, and justice, in addition to heads of the General Intelligence Service and the Administrative Control Authority.

Preparations of Al-Sisi’s upcoming visit to France was also discussed during the meeting.

Lately, Egypt has strong ties with Greece and Cyprus. Al-Sisi visited Greece in December 2015 in a three-day visit. During his visit, Al-Sisi discussed with his Greek counterpart boosting bilateral relations and enhancing economic ties between the two countries.

The summit also included discussions on the illegal immigration crisis and the constant flow of refugees from crises across the region.

Trump’s statement in accordance with concerns towards Tehran’s policies: Egypt