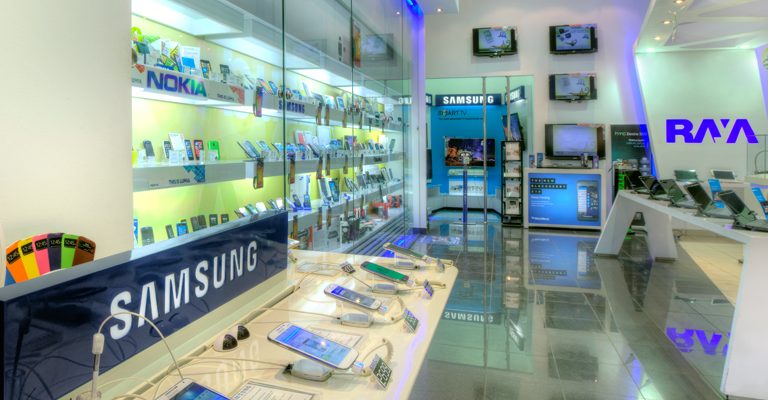 Raya Trade, one of the subsidiaries of Raya Holding, plans to inject EGP 70m worth of investment to establish a washing machines assembly line incooperation with one of the major brands in the electronic industries field.

CEO of Raya Trade, Bassem Mogahed, said in an interview with Daily News Egypt that his company’s new assembly line will start early next year.

What are the latest changes in the local market?

The market has become more stable compared to the last year, benefiting from the stability and abundance of foreign exchange at banks operating in the local market. The main problem facing the market now is the high inflation that resulted from the liberalization of the exchange rate.

The high inflation and decline in the purchasing power resulted from the flotation are the main reasons behind the stability of the dollar. The Egyptians’ consumption rates fall significantly reducing import rates so the demand for the dollar declined sharply compared to the last year.

Most companies resorted to rationalizing their consumption in response to the recent drop in sales and re-arranged their priorities. However, If we valued the market sales in Egyptian pound, it would seem growing, but this result is deceptive because this growth depends on the currency difference resulted from the flotation.

This year’s market sales are down compared to the last year. It is actually the most difficult year in terms of business.

How can the market grow again?

There will be no significant growth in market sales unless the private sector increases salaries of its employees similar to the government employees whose salaries rose by 10% in July.

How the mobile phone market was affected by the low purchasing power?

The mobile phone market witnessed a 30% decline from January to September compared to the same period in 2016. In my opinion, the market sales will not see any progress before the second quarter of 2018. I rule out facing similar inflation wave because the hike of dollar price was the main factor of the recent inflation.

The dollar price is expected to decline in the coming period by 10% and we have already prepared our investment plans for the next year based on this expectation.

How did you face the decline in sales?

We focused more on geographical expansion in new areas through increasing our Mega stores in a number of residential areas inhabited by middle-income consumers such as Sayeda Zeinab, Al-Mataria, and Mohram Bek in Alexandria. We also reduced our profit margin to reduce our products’ prices as much as possible, so as to attract customers.

We also widened our sales base to include Samsung and York’s air conditioners. We also provided new instalment offers up to 24 months, and started to target corporate employees.

In addition, we are currently studying investment in the local assembly of some electrical products in partnership with some major brands in the Egyptian market. We will sign a partnership deal with two brands to establish an assembly line with our own investments in one of the factories located in Egypt. We will start by manufacturing household washing machines.

We will inject initial investment worth EGP 70m to establish the assembly line of washing machines. This will help the company to sell its washing machines at competitive prices because customs value will be reduced by almost 40% if the product was collected locally. This plan is scheduled to start in the second quarter of 2018.

We also signed an exclusive agency contract with York for air conditioners. We now study the local manufacturing of televisions under the name of “Sari” after ensuring the stability of importing the manufacturing components.

In such economic conditions, which of your subsidiaries will lead the group’s growth?

The commercial sector is always the main driver of the parent company’s growth, even though the group’s outsourcing company provided a strong performance over the last two years because it is a service export company, benefiting from the flotation of the pound. Moreover, the Egyptian outsourcing employees have competitive features compared to India’s or other countries, as the Egyptian employee’s cost is less than the return he achieves.

Did the low purchasing power contribute to the increasing demand for maintenance services?

Of course, maintenance after the end of warranty increased by 30% this year compared to last year, as the consumer became more interested in repairing their phones rather than buying new ones.

In addition, the demand for instalment services was doubled during the year compared to last year.

Do you face any problems in expansion in the instalment system?

It indeed has problems, but we are careful in choosing our customers. According to our indicators, the doubtful debts rate does not exceed 1% of the total instalments.

How do you see the performance of the Nokia phones?

Nokia has two sector, smart and basic phones. We can not judge Nokia’s smart phones now because the company released only three editions two months ago in the Egyptian market. Nokia’s limited releases can be attributed to the company’s inability to meet its customers’ high demands for its products in all countries of the world.

In regard for the basic phones, they are working well because their prices are cheap benefiting of Nokia’s partnership with China’s Foxconn.

What are your plans for cooperation with mobile operators?

There are intensive negotiations with the four mobile operators to launch special offers for their customers, as well as cooperation in the advertising sector.