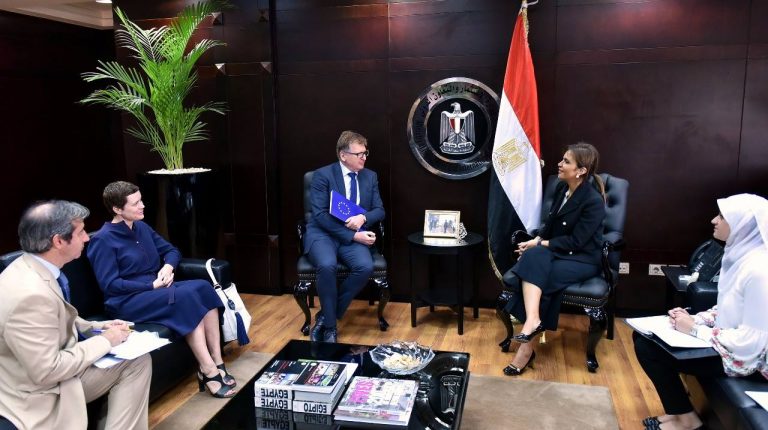 Minister of Investment and International Cooperation Sahar Nasr met in Cairo with EU Ambassador to Egypt Ivan Surkoš on Thursday.

During the meeting, Nasr noted that the economic and social programme of the government aims at improving the economic situation and increasing the standard of living of citizens, especially the neediest people.

Furthermore, the minister pointed out that Egypt’s economic success will have an important impact on the stability of the situation in the Middle East area and especially Europe.

Moreover, the two sides discussed the activation of new agreements and the basis of the strategic partnership between the two sides, in addition to the arrangements for the upcoming visit in October of European Commissioner Johannes Han, during which several agreements will be signed with the development companies.