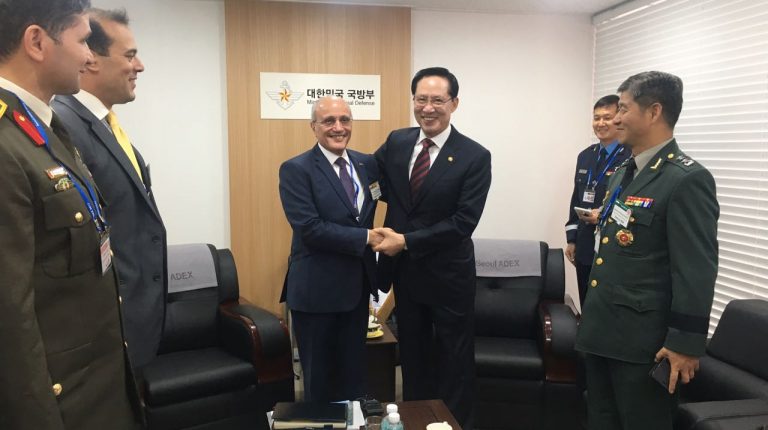 Minister of State for Military Production Mohamed Al-Assar met South Korean Defence Minister Song Young-moo during his visit to the Seoul International Aerospace and Defence Exhibition (ADEX Seoul 2017). The two sides discussed means of joint cooperation in the fields of defence and civilian manufacturing, and the possibility of exchanging technological expertise between the two countries in order to introduce the latest modern manufacturing methods in line with the requirements of the current stage.

Al-Assar also met with Jeon Jei-guk, head of the Defence Acquisition Programme Administration (DAPA). He stressed his interest in establishing a strong relationship between the Egyptian military production companies and Korean defence companies.

The two sides agreed to form a joint committee to follow up on the cooperation between the two sides, headed by Jei-guk and Al-Assar. The first meeting of the committee will be held in Cairo in the presence of a large delegation of representatives of companies working in the field of Korean defence industries.