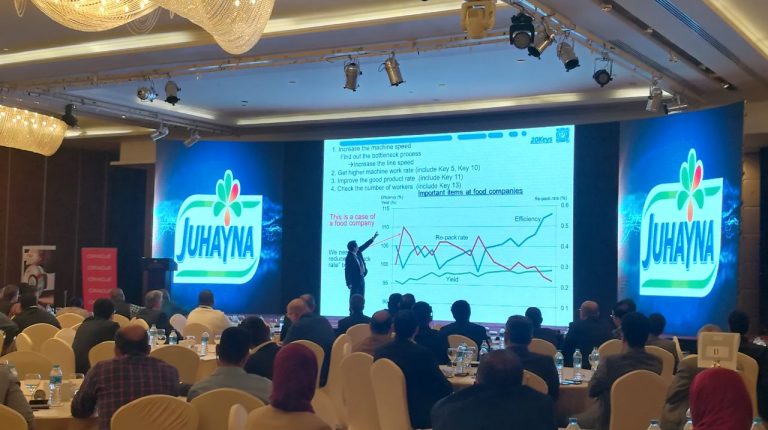 “We are aiming at reducing the cost production to sustain our pricing policy in the market,” Sherif added.

“The company is trying to overcome the increase in production cost after the flotation of the pound,” he confirmed.

According to Sherif, the company will spare 5-10 percent of production cost in the current fiscal year due to end in December.

In March, the company said that it was continuing with its existing plans, including investing an estimated EGP 400 million in 2017.

The company also said it was looking to increase its sales in 2017 by around 30-40 percent, noting that it was confident in the recovery of the Egyptian market and purchasing power, it added in its statement to the Egyptian Stock Exchange (EGX).

In February, Juhayna’s CEO said his company will reduce its investments during 2017 as a result of economic stagnancy and lower purchasing power.

In 2016, the food and beverage producer invested EGP 450m, whereas it had expected to invest EGP 500m that year.

The company posted a 22.2% year-on-year (y-o-y) surge in revenues for the second quarter (Q2) of 2017, which included Ramadan, the highest season for selling Juhayna’s products.

Selling, general, and administrative expenses (SG&A), which were affected by inflationary pressures, levelled up 17.9% in Q2 2017

In the first half of 2017, Juhayna’s net debt amounted to EGP 2.2bn, which was negatively affected by the Egyptian government’s 2 percent interest rate hike, which pressured Juhayna’s profitability and resulted in a declining net profit margin for Q2 2017.

“The volume recovery may not remain due to weak purchasing power, which will be further affected by the interest rate hike,” Pharos Research said in a note following releasing the Q2 results.