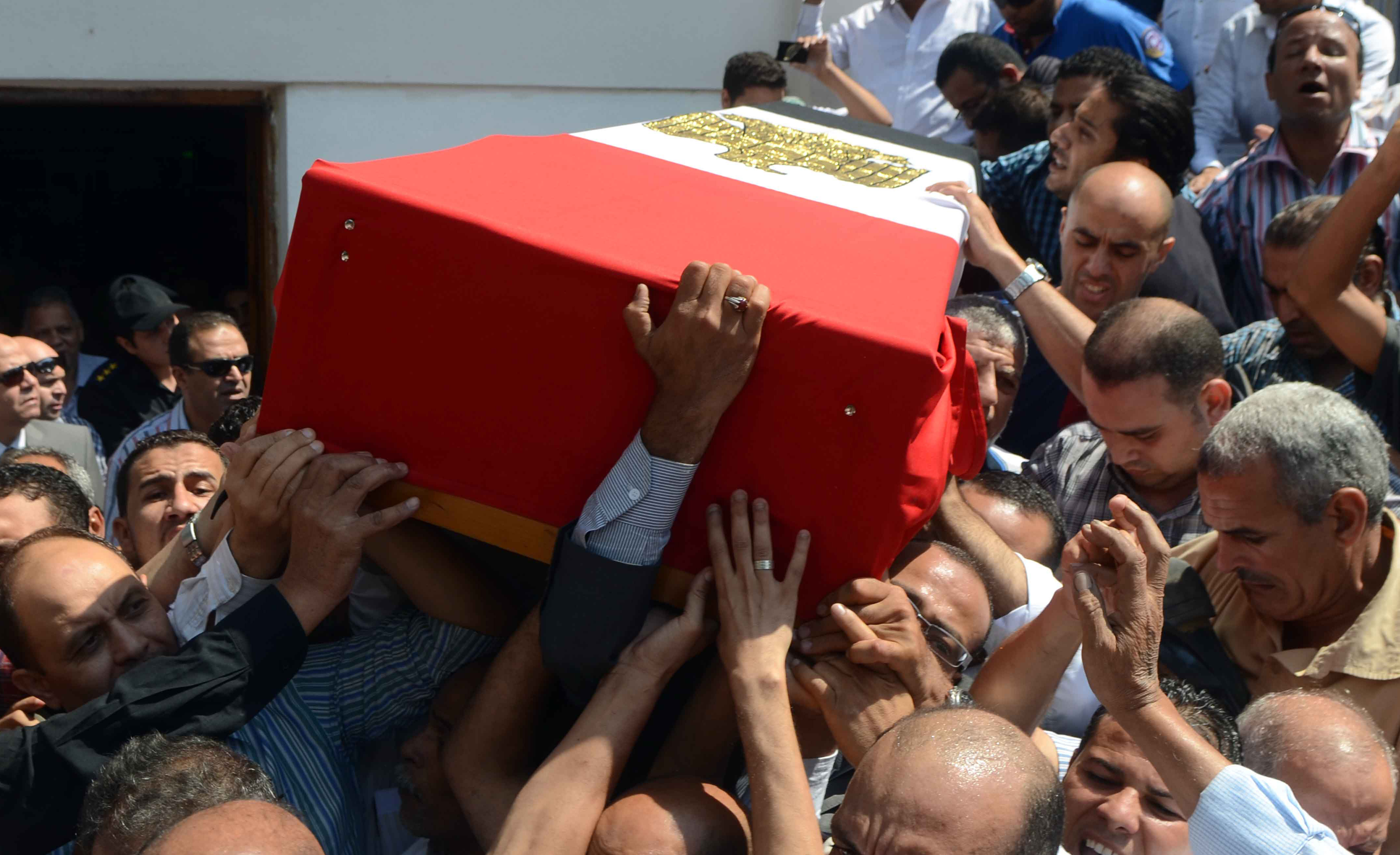 Military funerals of policemen killed in the Al-Wahat shootout began on Saturday morning in various governorates, in attendance of a number of security officials.

Egypt’s Interior Minister said on Friday that a number of policemen were killed in clashes with militants in bloody clashes in Egypt’s Western Desert. Media outlets reported that more than 50 police officers were killed during clashes.

President Abdel Fattah Al-Sisi attended on Saturday the commemoration of the 75th anniversary of Alamien Battle, and he gave statement about the event without referring to the attack.

In his speech, Al-Sisi said that “the memory of the thousands of victims who died in the battle of Alamein is driving us to renew the covenant to maintain peace and to make more efforts to establish peace, especially in the Middle East, which is facing serious crises threatening the existence of the state itself.”

Regarding the launching of New Alamein City, he said that the city aims at providing a model for the importance of peace, construction and reconstruction, and to the necessity of “defeating the pain of the past with hopes of the future.”