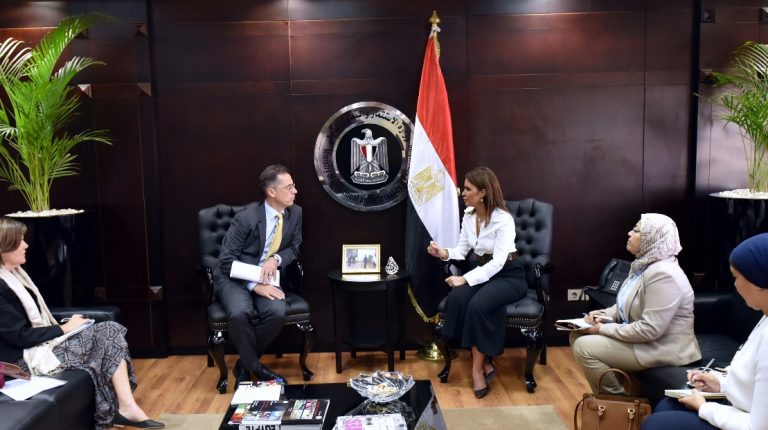 Minister of Investment and International Cooperation Sahar Nasr discusses with Swiss Ambassador to Egypt Paul Garnier increase Swiss investments in Egypt, increase the partnership between Egypt and Switzerland, and enhance the economic cooperation between the two sides.

Moreover, they also discussed the new cooperation strategy until 2020. They agreed that this strategy will be launched soon in the framework of supporting the economic reform programme and improving the citizens standard of living.

This came during the minister’s meeting with Garnier.

Nasr pointed out that the strategy’s top priorities include raising the Egyptian citizen’s standard of living. These priorities will help reduce unemployment and illegal migration, empower women and youth, and contribute to the comprehensive economic development, according to the minister.

In the same context, the minister praised the cooperation relations between the two sides in the economic and development fields.

Furthermore, she stressed the pivotal role played by the Swiss partner in helping Egypt achieve development.

On the other hand, “the Egyptian side is keen to maximise mutual cooperation in the future,” according to Nasr.

She added that Egypt is keen to overcome obstacles that may arise against different programmes and projects.

On the other hand, the Swiss ambassador said that Minister of Economic Affairs will visit Egypt in November as the head of Swiss businesspersons and investors delegation.

He pointed out that Egypt is a promising market in Africa and stressed that there are areas of joint cooperation between the two sides, such as the Suez Canal development projects; solid, electronic, and medical wastes’ recycling; and fishing.