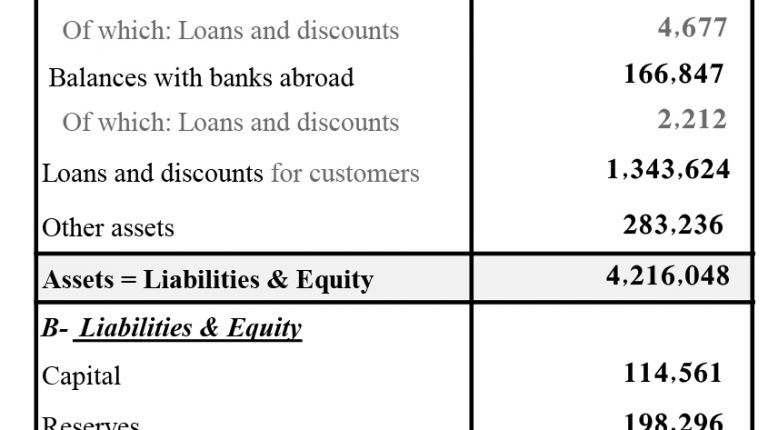 The Egyptian banking sector has adopted serious moves in the recent period to support Egyptian women. This move is led by the Central Bank of Egypt (CBE) and the banks operating in the local market, which have decided to allocate a large part of their loan portfolios to women, especially micro loans, which serve female breadwinners in rural areas.

The CBE will sign on Sunday an agreement with the National Council for Women and the 50th Forum, which includes the 50 most influential women in the Egyptian economy, to launch the “Women Leading the Future” programme, with the participation of a number of banks and female leaders in various economic sectors, especially in the banking sector.

The programme aims to seek female cadres qualified for leadership in various sectors of the country—within the framework of the state and political leadership’s interest—to qualify Egyptian women to lead and acquire the necessary expertise to work in all political, economic, and social fields.

According to Lubna Hilal, deputy governor of the CBE, this agreement comes within the framework of the CBE’s growing interest in the economic empowerment of women through credit grants or non-financial services and training. She added that joint working groups from the agreement’s parties will formulate the content of the training programme and provide the effective tools to teach new generations of women how to lead.

According to Niven Al-Misiri, CEO and managing director of Ahli United Bank-Egypt, the bank has decided to support this programme out of its vision to highlight women’s talents and enable them to participate in building the future of the country. She added that Egypt is full of many promising female figures who can contribute to the development of the state and society.

Al-Misiri affirmed that the bank aims to raise the financial awareness of Egyptian women in the coming period as part of its plan to develop and prepare them for leadership. She noted that the move is based on the strategy and values ​​of the parent group in Bahrain, which pays special attention to women based on its pioneering role in achieving financial inclusion in the region and promoting gender equality in employment.

According to Al-Misiri, the provision of financial culture to Egyptian women will stimulate their ability to positively change the companies and institutions in which they work as well as their society in general. It will also provide them with the opportunity to succeed and achieve further achievements in their professional and private lives.

In another hand, several banks operating in the local market revealed that women have a large share of their loan portfolios, especially micro loans.

According to El Sayed El Kosayer, chairperson of the Egyptian Agricultural Bank, the economic it is very important to raise the living standards of women if they are to be empowered. It is also necessary to help them increase household income and eliminate the phenomena of child labour and street children, especially as the country has a large number of female breadwinners, El Kosayer said.

He pointed out that the bank is working on the economic empowerment of women through its Mashrouk (Your Project) programme, in which the bank participates with the Ministry of Local Development, the National Bank of Egypt (NBE), Banque Misr, Banque du Caire, and the Housing and Development Bank. He pointed out that his bank is the second largest lender to this project in which women accounted for 30% of its total projects.

El Kosayer added that the bank has also launched the “Bent Misr” programme to finance female breadwinners, particularly in the Nile Delta and Upper Egypt governorates. He noted that his bank was the first to launch an independent financing programme for women, pointing out that the bank aims to help women entrepreneurs with very favourable terms and conditions to help them benefit from the banking services.

This funding is directed to micro projects, whether agricultural, industrial, commercial, handicraft, or service, such as dairy processing, poultry farming, livestock breeding, bread production, pickles, ready-made garments, and other projects.

An official source from Banque du Caire said that female breadwinners account for about 25% of the bank’s micro loan portfolio over the past years, amounting to about EGP 12bn.

The source pointed out that this move is part of the bank’s plan to increase the income of female entrepreneurs to improve their standard of living.

In Nasser Social Bank (NSB), EGP 250m were allocated to support female breadwinners. The bank received the funding from the Tahya Misr Fund and will be re-lent on a low interest rate of 5%.

According to the chairperson of the United Bank, Ashraf El Kady, Egyptian women represent more than half of the human resources of Egyptian society; however, their financial and banking transactions is very low, up to only 10% in the Egyptian market due to several social and economic reasons.

El Kady added that unemployment among women amounts to 44% compared to 30% among men under 30 years of age, so the investment in turning women into productive forces and active partners in sustainable development has become imperative.

According to Mona Zulfikar, chairperson of the Egyptian Federation of Microfinance, women account for 70% of the total micro loans provided by banks, companies, and NGOs working in this activity, which amounted to about EGP 7.8bn until the end of September 2017. Zulfikar affirmed that almost 100% of women repay their loans regularly, stressing that women are keener than men to meet their obligations.

How to get microfinance from Banque Misr