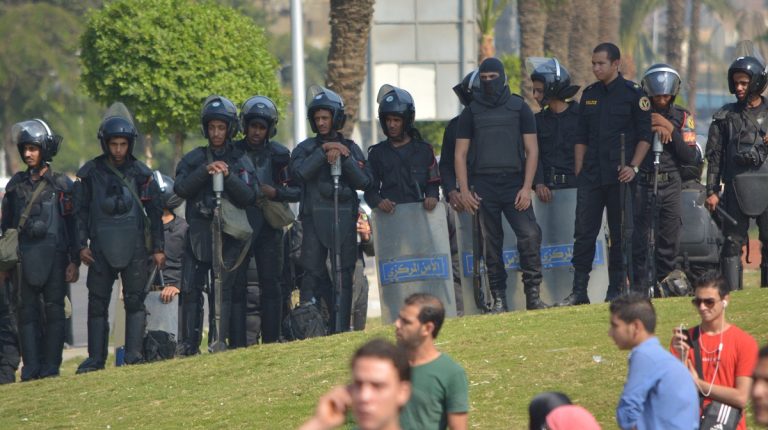 In a statement issued by the US Department of State, the US said that it stands with Egypt at this difficult time, “as we continue to work together to fight the scourge of terrorism.”

“We offer our profound condolences to the families of the deceased and the government and people of Egypt, and extend our best wishes for the full and speedy recovery of those injured,” spokesperson for the US Department of State Heather Nauert said in a statement.

On Friday, 16 Egyptian policemen were killed in a shootout in the Al-Wahat  130 km southwest of Cairo, during an operation to attack a camp of terrorists, according to the Ministry of Interior.

The European Union (EU) extended its deepest condolences to the families and relatives of those killed and injured.

“As we continue to follow developments on the ground, the EU reiterates that it stands with the Egyptian people and authorities in facing terrorism,” EU Spokesperson for Foreign Affairs and Security Policy Catherine Ray said in a statement.

Foreign Ministry Spokesperson Ahmed Abou Zaid said in a statement that the two European ministers stressed that France and Italy are standing with Egypt in fighting terrorism.

Regionally, the government of Yemen condemned the attack on Egyptian security forces. The Yemeni Ministry of Foreign Affairs asserted in a statement on Saturday its rejection to any shapes of armed violence and terrorism.

“Yemen stands with Egypt in confronting terrorism and its supporters,” the statement read. The Yemeni ministry also offered its condolences to the Egyptian government and people.

Yemen also called on the international community to unite against terrorism, which targets innocent people.

The king of Bahrain, Hamad Bin Isa Al-Khalifa, sent a letter of condolences to President Abdel Fattah Al-Sisi, expressing his condolences to the Egyptian people for the incident.

In a statement published in a Bahraini news agency, Bin Isa asseerted that his country stands with Egypt in fighting terrorism.

As for the Kuwaiti ambassador to Egypt, Mohamed Saleh, he expressed his condolences for the loss of lives in the ranks of Egypt’s police in their battle against terrorism.

In a statement, Saleh stressed that his country stands with Egypt’s leadership and people, and he expressed his full support to Egypt in its efforts in confronting terrorism.

Leader of the Libyan National Army Khalifa Haftar condemned the incident and offered his condolences to the Egyptian people and leadership.

The Egyptian Press Syndicate strongly condemned the incident. It issued a statement greeting the Egyptian policemen, who fought a battle against terrorists in a mountainous region southwest of Cairo, in the operation that killed a number of them (policemen).

The syndicate called on citizens to tell the police or the military forces about any strange gatherings or manoeuvres.

The Supreme Council for Organising Media called on the Egyptian people to stand beside the state in its battle against terrorism.