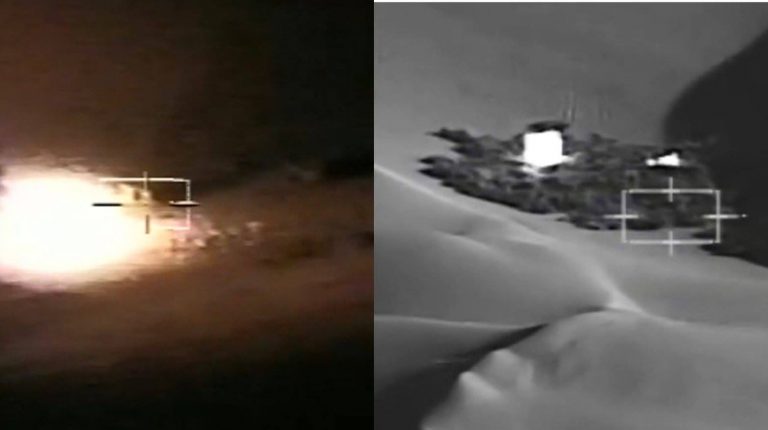 As part of the security apparatus’s efforts to capture the perpetrators in the deadly Al-Wahat attack, the Egyptian air force prevented an attempt to smuggle arms and explosives into the country through the western borders with Libya, a statement by the spokesperson of the military forces, Tamer Al-Refaee, said on Monday.

The Friday attack killed 16 policemen according to the ministry of interior, in an ambush done by militants against a security campaign lead by special forces. The minister said fifteen militants were also killed, and security forces are still combing the area, as there is still one police officer reportedly missing in action.

Egyptian air force and border guards continue searching for the smugglers, according to the statement. The army published aerial footage showing the operation and how the Egyptian air force targeted the vehicles.

Concerning the Friday attack, The clashes started when the elements saw the security forces approaching. No terrorist group has claimed responsibility for the attack yet. However, media reports have quoted some security sources attributing the attack to “Hasm” movement, which was involved in several previous attacks in the same area targeting security personnel.

This comes as the Ministry of Interior called on the media to stick to official narratives. International media outlets had reported a much higher number of casualties while the ministry, in a delayed statement, maintained the death toll of policemen at 16.

Moreover, Al-Farafra Oasis witnessed a major attack in 2014, when a checkpoint attack took place, conducted by 20 armed men in vehicles equipped with explosives, resulting in the killing of 22 Egyptian border guards.