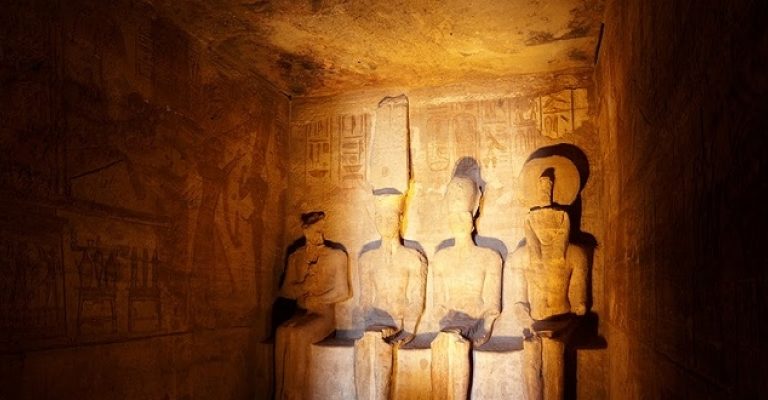 Mourning the death of 16 policemen who died at the Western Desert terrorist incident on Friday, Egypt cancelled celebrating the annual phenomenon of the sun illuminating at the statue of King Ramses II at Abu Simbel in Aswan governorate, which was supposed to take place this week.

Aswan governor Magdy Hejazi told state media outlet MENA that the activities of celebrations which were planned to be on Saturday and Sunday are all cancelled in solidarity with “police martyrs.”

This comes to eliminate hundreds of tourists preparations who were expected to gather at the dawn event to watch the sun rises lighting Ramses II’s face, located 48-metres inside Abu Simbel temple. The 3,200 year-old temple has been witnessing the phenomenon with celebration for more than 33 decades. Minister of Antiquities Khaled El-Anany attended the annual ceremony on Sunday with limited number of attendees, in which he offered his condolences to the nation.

Local media reported that El-Anany stated his admiration with the phenomenon which indicate scientific progress pharaohs reached at the fields of planning, engineering and sculpting.

Ramses II is one of Egypt’s most powerful pharaohs. His temple was carved among a sandstone mountain over-viewing the Nile to witness the sun aligns the statue’s face twice a year. Every February and October, ancient Egyptians celebrated the birthday and the date of his ascension to the throne.