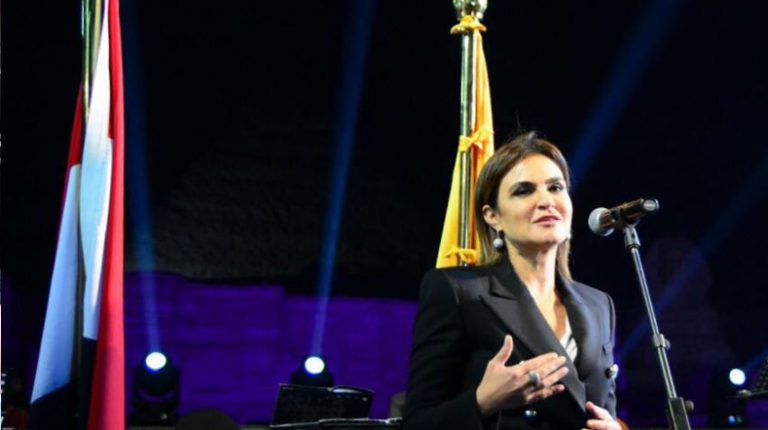 Minister of Investment and International Cooperation Sahar Nasr participated in a ceremony held in the Sound and Light Theatre near the pyramids on the occasion of the International Conference for Women in Business, which was held under the supervision of President Abdel Fattah Al Sisi, with the participation of 73 countries.

The ceremony was attended by President of Mauritius Amina Gharib and former Spanish Deputy Prime Minister Maria Theresa, in addition to officials and ministers from Nepal, India, Lebanon, China, and Thailand.

Nasr stressed that Egyptians are aware of the importance of women. The new Investment Law includes an article for equality between women and men. In addition, the economic empowerment of women is considered a main pillar for development in the 2030 national strategy, according to Nasr.

She added that the ministry is working to encourage businesspersons to invest and enable women to obtain financing, which is considered an important step to revive the market of entrepreneurship in Egypt.

On the other hand, Nasr arrived to the Saudi capital, Riyadh, on Tuesday to represent Egypt in the “Future of Investment Initiative” conference headed by prince Mohamed bin Salman, the crown prince and head of the Public Investment Fund of Saudi Arabia, in the presence of more than 2,500 leading figures across the world.

Nasr explained that the initiative is a great chance to look at the investment opportunities in Egypt.

Some of the most prominent participants in the conference were Tony Blair, Britain’s former prime minister, and France’s former president, Nicolas Sarkozy, in addition to a large number of international figures and officials.

The initiative mainly aims to establish a national network that brings together the most powerful countries from across the world.