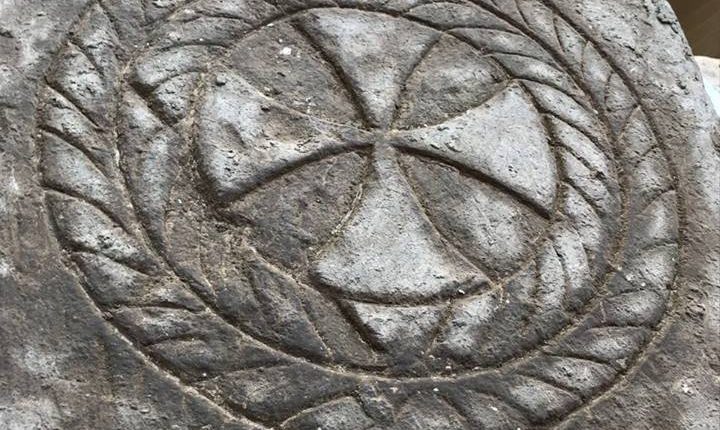 The Ministry of Antiquities announced that the primary study on the Coptic tombstone discovered on Sunday goes back to a 10-year-old girl named “Takla”, who lived during the First Intermediate Period, anytime between the Seventh and Tenth Dynasties.

In a statement the ministry released on Tuesday, Mostafa Waziri, secretary-general of the Supreme Council of Antiquities, announced that the inscription of one of the engraved words on the tombstone, which was unearthed at at the eastern side of the Avenue of Sphinxes in Luxor, states the word “Jesus”. Yet, the research team is still working on translating the rest of the written words curved on the stone.

“Those found below the cross are five incomplete lines written in Coptic language, which makes it difficult to read,” Waziri stated. He added that “a special team is to conduct more studies on it in an attempt to decipher the text.”

The tombstone was discovered on Sunday by an Egyptian archaeological mission. The grave headstone measures 98×38 cm, with Coptic inscriptions and a cross engraved on it.

The tombstone was found in good condition and was well preserved, which helped the mission in studying the engraved inscriptions.

The clanging cymbal, a church with a loveless creed

Hosted by the dead