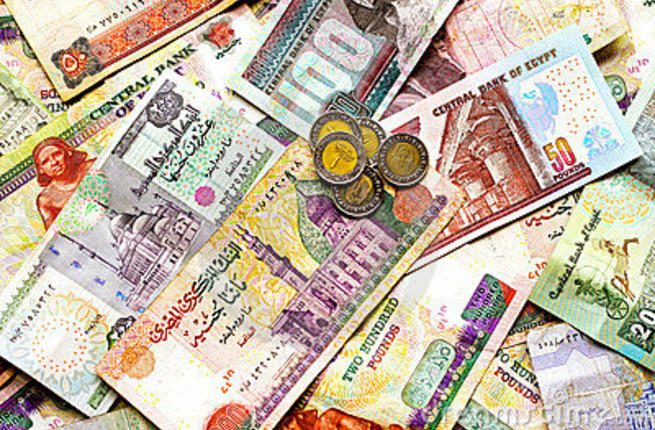 As the Central Bank of Egypt is expected to bring its its tightening cycle to an end by the year-end with inflation falling towards its target, foreign investors interest in Egypt debt market is at doubt with yields likely to tumble in a low interest rate environment.

With inflation likely to fall sharply over the next six-to-nine months, most of research house expect that the MPC will start to ease monetary policy by the end of the year.

The overnight deposit rate was held at 18.75%, the overnight lending rate at 19.75% and the main operation rate at 19.25%. All decisions were in line with market expectations.

The move comes as inflation remains markedly above the Central Bank’s 10.00%–16.00% target band.

Despite a slight dip in price pressures in August, partly due to a favourable base effect, headline inflation still came in above 30% for the second month running.

Second-round effects of fuel and electricity subsidy cuts in June and July, respectively, could also fan the flames of inflation in the months ahead.

GDP growth reached a revised 5.0% year-on-year in Q4 FY 2017. This could lead to greater demand-pull inflationary pressures going forward. For these reasons, the CBE opted to keep rates unchanged, in order to anchor expectations and ensure that inflation declines towards the target.

The communiqué contained little forward guidance, although the Bank considered it was still on track to meet its target of reducing inflation to the target band by Q4 2018 and to single digits thereafter.

The next monetary policy meeting will be held on 16 November.

Yields on the rise

Overseas appetite has surged since authorities removed nearly all restrictions on the pound last year, helping end a hard currency crunch and securing a $12 billion loan from the International Monetary Fund. The weakening pound helped push inflation to about 30 percent, prompting the central bank to raise interest rates by 7 percentage points since November.

Due to aggressive rate hikes by the Central Bank of Egypt since November 2016, yields on the short-end of the yield curve have risen noticeably.

A new bond was issued on May 9, 2017, and though the sharp and unexpected 2% rate hike in the month did lead to a spike in its re-issuance on May 23, yields since then have declined.

This indicates that markets are expecting inflation to fall going forward, according to a recent research note issued by

In May, the country received over $11 billion in purchase requests for $3 billion worth of re-opening dollar notes according to an official release.

The Finance Ministry deemed this response to be “the greatest ever for any emerging market when re-offering its notes in markets.” The borrowing costs for the country had declined by 0.55% from the initial offer in January.

The strong monetary policy actions in the past eight months have made short-term papers – with yields of about 20% – very attractive.

But if inflation does come down as market participants are anticipating, would it not impede investor interest in these bonds, the research note inquired.

Assuming that reform measures remain effectively in place, the answer is no.

“This is so because even if yields fall, their level is expected to remain much higher than a lot of its emerging market peers, which would continue to make them attractive. This situation can reverse though, if the general sentiment towards emerging markets bonds sours in light of tighter monetary policy in developed nations.”

Further, though high double digit yields in short-tenures seem attractive, their level coming down would be preferable as it would indicate improving economic outlook.

Higher yields are also a function of perceived riskiness, thus a degree of decline would be an indirect vote for reduced risk associated with the country.

Once reforms start having their desired impact on the economy, the country could be in line for a sovereign credit rating upgrade, which would further enhance the appeal of Egyptian bonds.

The country is presently rated B3 by Moody’s – six notches below investment-grade.

The risks to this outlook include inflation declining slower-than-expected if the impact of rate hikes remain diluted.

Any public backlash to reforms as they put increased pressure on the already impoverished masses, could result in slowing down of the process and also negatively impact the outlook on Egyptian bonds.

Along with many other countries currently in need of financial assistance, Egypt find itself between a rock and a hard place.

In order to procure financial support for external sources, it was required to undertake tough reform measures. However, these decisions are now taking a toll on the majority of its population.

Though the government’s focus is fixed squarely upon improving its deficit situation and attracting investment, its monetary policy moves are being widely questioned.

Since November 2016, the Central Bank of Egypt has raised its interest rates by 7% or 700 basis points. The latest hike was effected on July 6 when it surprised markets for the second successive meeting by raising its overnight deposit rate, the overnight lending rate, and the rate of main operation by 200 basis points to 18.75%, 19.75%, and 19.25% respectively.

However, similar to its hike in May, the effectiveness of the increase has been questioned.

With inflation as high as it is in Egypt, the most expected form of response is hiking key rates. And given that bringing down inflation could solve a lot of macroeconomic problems facing the country, its central bank’s aggressive stance may not seem out of line.

While rampant expansion of the money supply, which causes too much money to chase too few goods, has resulted in the former, devaluation of the Egyptian pound has caused the latter as it has made imports expensive.

Though in theory, this hike should help suck the excess liquidity out of the financial system, the fact that less than 10% of the population falls under the banking system coupled with the country’s dependence on cash liquidity indicates that the hike may be having less of an impact than expected.

The hope is that the rate hike will help bring in foreign inflows, which can strengthen the Egyptian pound. This can help in reducing import costs, and thus contain inflation to some degree.

The country’s Forex reserves have been bulking up to an all time high last month.

Overall, it seems likely that cost-push inflation has more of an impact at this juncture. Given that the impact of rate increases looks diluted.

why is the central bank being so aggressive?

The answer lies in the $12 billion loan that was provided by the International Monetary Fund (IMF). On July 14, eight days after the latest rate hike, the institution agreed to disburse the second tranche of that loan. With the latest instalment of $1.25 billion, the total loan amount sanctioned stands at $4 billion.

The IMF has been a vocal supporter of rate increases being the right tool to control inflation in Egypt. And given the financial stakes involved, the central bank has been complying.

However, the possibly diluted impact could turn out to be negative for the country. The foreign exchange it is expected to bring will primarily be portfolio investments, which can reverse course quickly if the macroeconomic picture worsens, thus putting monetary policy in a limbo.

Hence, a sustained foreign exchange inflow is crucial to rein in price-rises and keep the country on course to achieving 13% inflation by the end of 2018.

Monetary policy and inflation levels also have a direct impact on the country’s fixed income market.

A recent report issued by Blomberg said that foreign investors may be finally curbing their enthusiasm for Egyptian local-currency debt.

After almost a year and $18 billion of purchases, some investors have allocated all they can to Egypt.

The inflows from foreign funds are still growing, but the pace has slowed to an average of 2 percent a week since mid-August, down from 8 percent, as policy makers signalled they may lower record interest rates once inflation eases.

The surge in portfolio investments has been seen as a sign of confidence returning after Egypt floated the pound last year to ease a crippling dollar squeeze and secure a $12 billion International Monetary Fund loan.

Foreign investors now own more than 30 percent of outstanding Treasury bills, a record, attracted by some of the world’s highest yields and a currency that has halved in value against the dollar.

But attention is increasingly turning to the risks of over-exposure and of a sudden sell off in Egyptian assets, according to Bank of America Merrill Lynch economist Jean-Michel Saliba.

Interest rates are too high for the economy to grow and the government to borrow, he said, so it needs to find other sources of foreign exchange to meet its funding gap.

“Positions are extended and most investors have already maxed out their limits on Egypt,” Saliba said. “So it has to come from foreign direct investment, and that may be slower.” Business reforms, privatization and repayment of arrears to foreign oil companies will be key, he said.

Egypt received about $7.9 billion in foreign direct investment in the fiscal year ended June 30, up from $6.9 billion a year earlier but below its $10 billion target. Egypt may exceed that goal in the current fiscal year, Investment Minister Sahar Nasr told Bloomberg.